The following are the biographical sketches and candidacy statements for the candidates nominated for the position of ECS Sensor Division Treasurer. 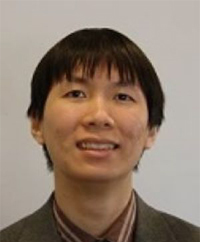 Lok-kun Tsui received his BS in Physics (2009) from James Madison University, U.S. He obtained his MS (2011) and PhD (2015) from the University of Virginia, U.S., in Materials Science and Engineering. There he studied the influence of dopants and additives on the photoelectrochemical properties of TiO2 nanotubes. He was a Postdoctoral Fellow at the University of New Mexico Center for Micro-Engineered Materials (CMEM), U.S.,  from 2015-2017 where he worked on the development of mixed potential electrochemical sensors for automotive exhaust emissions with an emphasis on the application of machine learning to perform quantification and identification. Since December 2017, he has been a Research Assistant Professor at the University of New Mexico CMEM Department where he has worked on projects including printed ceramics and electronics, additive manufacturing of solid state electrolyte materials for resistive switching, and solid oxide fuel cells for spacecraft. He currently has existing collaborations with Sandia National Labs and the Air Force Research Laboratory (AFRL) on projects related to additive manufacturing and electrochemistry. For the last three years, he has served as a mentor to AFRL interns from around the country at the high school, undergraduate, and graduate levels. In the spring of 2020, he received funding from the U.S. Department of Energy to pursue a three-year effort to develop sensors and machine learning algorithms for the sensing of methane emissions from natural gas infrastructure. He has published 25 papers in scientific journals, been an author on three submitted patent applications, and presented roughly once a year at The Electrochemical Society meetings since he joined. Lok-kun has been a member of ECS since 2010 and is currently a member at large of the sensors division.

I am eager to contribute to the continued evolution of the ECS Sensors Division in the role of Treasurer. I believe that I am a promising candidate for this position because of my data-focused background which would help me keep track of the Society’s finances and produce reports to the Executive Committee on the state of our funds. I am also eager to assist in obtaining support from partners to boost funding to our division, and believe there may be opportunities in reaching out to the data science and machine learning community and industries to receive support for future symposia or division activities. I am also keen to continue assisting in the organization of symposia with an emphasis on emerging fields as they apply to sensor development, particularly in the fields of additive manufacturing, internet of things, and artificial intelligence. I have always had an interest in the educational and outreach aspects of science and engineering, and I would also like to contribute to outreach efforts to the wider community which may bring additional members to the ECS Sensors Division. I look forward to furthering the growth of the ECS Sensors Division and becoming a bigger contributor to our community.

I thank you in advance for your support. 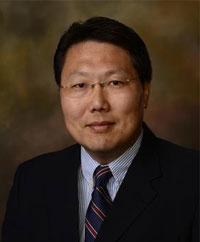 Dong-Joo “Daniel” Kim is Alumni Professor of the Materials Program in the Department of Mechanical Engineering at Auburn University, U.S. He received both BS and MS degrees in Ceramic Engineering from Yonsei University, South Korea, and a PhD in Materials Science and Engineering with a minor in Electrical Engineering from North Carolina State University, U.S. He worked at the Korea Institute of Science and Technology (KIST) as a researcher (1995-1997), and at Argonne National Laboratory (2001-2003). Daniel joined Auburn University in 2003. He has served as major professor for 16 graduate students (11 PhD and five MS), five Fostdoctoral Fellows, and seven visiting scholars. Daniel has received over $8.2 million in extramural funding to support his research in the form of 30 contracts/grants from sponsors such as the NSF, USDA, TARDEC, Hyundai, LG, FAA, etc.He shares his expertise in smart materials and their sensors and energy conversion applications. Daniel has published 115 journal articles, and the articles were cited about 1200 times. Daniel received the Auburn University Alumni Professorship in 2013, the AU College of Engineering Research Award for Excellence in 2008, and AWS Educator Award in 2011.

My research is focused on smart materials and their device applications such as sensors and actuators. Electrochemical sensors and micropower devices for the sensors in the areas of monitoring environment, health, and vehicle conditions are under investigation. While I participated in several scientific communities such as MRS, SPIE, AWS, and IEEE, I was invited by my colleagues Dr. Chin and Dr. Fergus to join ECS. I joined the ECS Sensor Division and found various exciting ongoing research activities.

I would like to serve as Treasurer and take active responsibility for our ECS Sensor Division. Although I already served as a session chair and committee member of ECS Transactions forthe ECS Sensor Division, I would like to put more effort into bridging my activities in SPIE and IEEE relating to sensor research by bringing more participants to the ECS Sensor Division. I will work on ensuring the expansion of the research areas in the sensor division by arranging and bringing invited speakers who are established leaders, emerging leaders, and student leaders in the field. In addition, I will work with other division members in ECS to grow our sensor division to promote and improve the quality of our scientific activities. As a member of KSEA (Korean Scientists Association) and a member of the U.S. regional Auto Alliance (Alliance of Automobile Manufacturers), I hope to bring more members and sponsorships from industries as well.