Posted on December 2, 2015 by Marcelle Austin 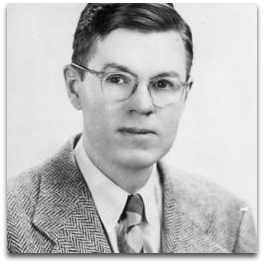 ECS is currently accepting nominations for the ECS Physical and Analytical Electrochemistry Division’s (PAED) David C. Grahame Award, which was established in 1981 to encourage excellence in physical electrochemistry research and to stimulate publication of high quality research papers in the Journal of The Electrochemical Society.

This award recognizes Society members who have made outstanding contributions to the field and enhanced the scientific stature of the Society by the presentation of well-recognized papers in the journal and at Society meetings.

The award consists of a scroll, and a $1,500 prize. The recipient is required to attend the Society meeting at which the award is given and present a lecture in the general session or a division sponsored symposium. In the event that the award is made jointly to two or more co-recipients, each co-recipient will receive a scroll and a check for an amount to be decided by PAED.

Take a look at the award rules and submit a nomination form today!

About David C. Grahame
David C. Grahame was a pioneering American physical chemist and professor at Amherst College. He is well known for his ground-breaking paper entitled “The Electrical Double Layer and the Theory of Electrocapillarity” of 1947 which outlined the fundamental principles that govern electrical double layer formation at metal-solution interfaces.