The Potentiostat and the Voltage Clamp

From the Winter 2013 issue of Interface.

In the history of science and technology, there have been many instances when two or more persons have independently created an invention or concept at almost the same time, but for various reasons, one inventor takes precedence or credit.

(This was originally published in Interface, the ECS magazine. It was written by Jackson E. Harrar.)

Examples are the telephone, the integrated circuit, calculus in mathematics, and the theory of evolution. Once the invention or concept is introduced, further development soon proceeds along a single path. A rare instance is an innovation that was developed by two different scientists in two different fields at almost the same time, and then widely used for many years in these two fields without the investigators being aware of the other application.

This happened in the case of the potentiostat and the voltage clamp, which are basically similar instruments, but whose actual applications are quite dissimilar. 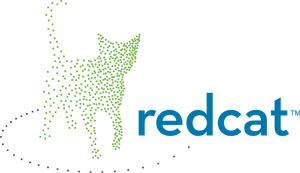 For a limited time, businesses can post jobs for free on the ECS Redcat Job Board.

Here are some of the latest for those looking:

“Hydrogen will be an important fuel of the future and its safe storage will be key to its success.”

This from Powder Metallurgy Review:

Industrial markets already consume large volumes of hydrogen and in future the gas will play an important role in storing renewable energy as well as in CO2 free hydrogen fuel cell vehicle development. Solid state storage is stated as being a safe way to store large quantities of gas with high density at low pressure.

PS: ECS has a technical division that will interest you. 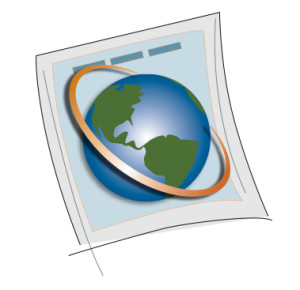 Websites of Note are gathered by Zoltan Nagy.

This is the latest Websites of Note, a regular feature in the ECS magazine Interface researched by Zoltan Nagy, a semi-retired electrochemist.

END_OF_DOCUMENT_TOKEN_TO_BE_REPLACED 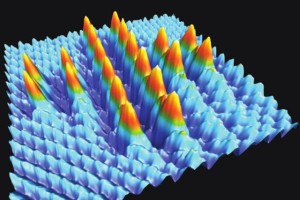 20 bromine atoms were positioned on a sodium chloride surface using the tip of an atomic force microscope at room temperature.

In the early days of this blog, Annie Goedkoop, Director of Publications for ECS, has been a great source for posts. Her latest from Engineering and Technology Magazine is about a discovery ECS member and past meeting attendee, Ernst Meyer, and his team are working on:

The first successful systematic atomic manipulation on an insulating surface at room temperatures has been achieved and presented by international researchers at the University of Basel, thereby taking the manipulation of atoms to a new level.

END_OF_DOCUMENT_TOKEN_TO_BE_REPLACED

Where Do Good Ideas Come From? 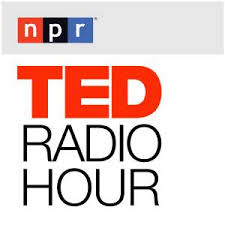 NPR take several talks that fit into the episode’s theme, replay parts of them, and often interview the speakers to get more insight.

The Ted Radio Hour is an NPR show that features TedTalks (shame on you if you have never listened). NPR take several talks that fit into the episode’s theme, replay parts of them, and often interview the speakers to get more insight.

A recent episode caught my ear —What is Original?

When is copying flattery, when is it thievery, and when is it sheer genius? In this hour, TED speakers explore how sampling, borrowing, and riffing make all of us innovators.

In particular was the section with writer Steven Johnson’s TedTalk — Where Do Good Ideas Come From?

Earlier this year, Tesla Motors CEO Elon Musk decided to give away his company’s patents for free. It might seem like a strange business move, but Musk said he wanted to inspire creativity and accelerate innovation. Writer Steven Johnson says this is the way great ideas have been born throughout history.

ECS blogger Dan Fatton commended Tesla recently. Turns out people are seeing that Open Access, a concept ECS is dedicated to, is where good ideas come from.

What are people talking about?

Here’s something you might not have considered — Reddit. It calls itself a “platform for internet communities where your votes shape what the world is talking about.” There are a range of topics on Reddit, some not for the faint of heart. But you can find some science sub-Reddits. Here’s the general science one to get you started. It has close to 6 million subscribers. That’s a lot of power.

You also might be interested in the AMAs (Ask Me Anything) in the right column. They’re Q&As with scientists.

It’s just for fun, but be warned, it can be a deep rabbit hole once you start. 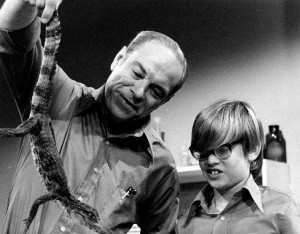