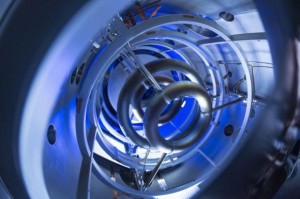 Lockheed’s work on fusion energy could help in developing new power sources amid increasing global conflicts over energy, and as projections show there will be a 40 percent to 50 percent increase in energy use over the next generation.

The company plans to build and test a compact reactor in less than a year, and build a prototype in five. Lockheed believes that this breakthrough could lead to a comprehensive approach to solving global energy and climate change problems.