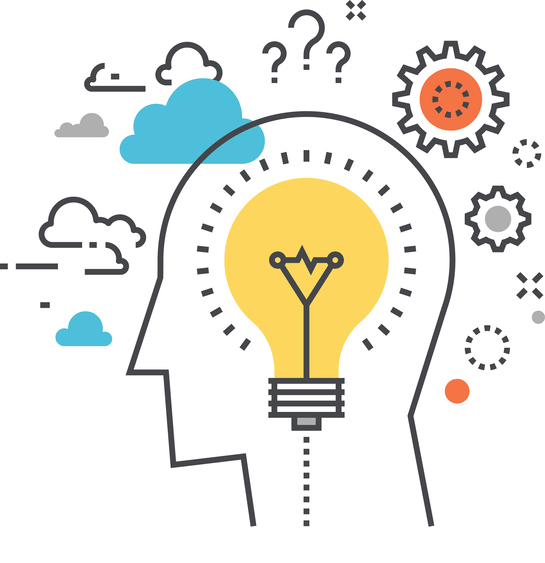 Their paper follows a common economic concept that economic growth comes from people creating ideas. In other words, when you have more researchers producing more ideas, you get more economic growth.

But Bloom and his team find a not-so-rosy imbalance. While research efforts are rising substantially, research productivity—or the ideas being produced per researcher—is declining sharply.

So the reason the US economy has even grown at all is because steep increases in research and development have more than offset the decline in research productivity, the study finds.

Specifically, the number of Americans engaged in R&D has jumped by more than twentyfold since 1930 while their collective productivity has dropped by a factor of 41.

“It’s getting harder and harder to make new ideas, and the economy is more or less compensating for that,” Bloom says. “The only way we’ve been able to roughly maintain growth is to throw more and more scientists at it.”

The paper spelled it out bluntly in numbers: “The economy has to double its research efforts every 13 years just to maintain the same overall rate of economic growth.”

Bloom initiated this research a year ago, inspired to dig deeper after speaking on a panel at the SIEPR economic summit that discussed “Is the Productivity Slowdown for Real?” He admits the paper—and its somewhat pessimistic analysis—has dampened his previous, more optimistic stance.

“I’ve changed my mind,” Bloom says. “Pretty much all mainstream economists have become rather depressed about productivity growth.”

At the 2016 SIEPR Summit, Bloom was more positive about the nation’s productivity, saying its declining rate was only a temporary effect of the financial crisis of 2008. He even caricatured ways of looking at US productivity levels and contended the up-and-down swings between 1950 and 2010 did not necessarily signal a long-running trend of slow productivity growth.

A year ago, Bloom recalls, “I thought we were recovering from a huge global recession and we’re about to turn around.”

Now, his perspective takes into account new insights that research productivity—one of the underlying components of economic growth—has been clearly dropping for decades.

“This paper says productivity growth is slowing down because ideas are getting harder to find,” Bloom says.

While the study builds on the earlier work of Jones and others on R&D, the new paper also weaves a tight connection between empirical data on what’s happening in the real world and growth models.

The robust finding of declining idea productivity has implications for future economic research, the paper concludes. The standard assumption in growth models has historically been a constant rate of productivity, and “we believe the empirical work we’ve presented speaks clearly against this assumption,” it states.

Everywhere they looked, the researchers say they found clear evidence of how exponential investments in R&D have masked the decline in productivity. The tech industry’s signature guidepost, Moore’s Law, which marked its 52nd year in April, is a prime example.

Introduced in 1965 by Gordon Moore, the co-founder of computer chip giant Intel, the theorem postulates that the density of transistors on an integrated circuit would double roughly every two years, doubling computing power.

Moore’s Law has certainly played out—the computing power on a chip today is remarkable compared to even a decade ago—but the study found that the research effort behind the chip innovations rose by a factor of 78 since 1971.

Put another way, the number of researchers required today to maintain that innovative pace is more than 75 times larger than the number that was required in the early 1970s.

“The constant exponential growth implied by Moore’s Law has been achieved only by a staggering increase in the amount of resources devoted to pushing the frontier forward,” the paper states.

For instance, to measure productivity in agriculture, the study’s coauthors used crop yields of corn, soybeans, wheat, and cotton and compared them against research expenditures directed at improving yields, including cross-breeding, bioengineering, crop protection, and maintenance.

The average yields across all four crops roughly doubled between 1960 and 2015. But to achieve those gains, the amount of research expended during that period rose “tremendously”—anywhere from a threefold to a more-than-25-fold increase, depending on the crop and specific research measure.

On average, research productivity in agriculture fell by about 4 to 6 percent per year, the study finds.

A similar pattern of greater input but less output followed in medical research. The study’s authors analyzed R&D spending on new, federally approved drugs against life expectancy rates as a gauge of productivity. They also examined decreases in mortality rates of cancer patients against medical research publications and clinical trials.

The empirical findings on breast and heart cancer suggest that at least in some areas, “it may get easier to find new ideas at first before getting harder,” the paper states.

Turning its focus to publicly traded companies, the study found a fraction of firms where research productivity—as measured by growth in sales, market capitalization, employment, and revenue-per-worker productivity—grew decade-over-decade since 1980. But overall, more than 85 percent of the firms showed steady, rapid declines in productivity while their spending in R&D rose.

The analysis found research productivity for firms fell, on average, about 10 percent per year. It would take 15 times more researchers today than it did 30 years ago to produce the same rate of economic growth.

Source: May Wong for Stanford University