Recycling Energy: From Waste to Reusable 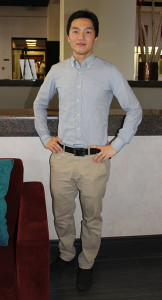 Every year, around 60 percent of the energy produced in the United States is wasted. With a heavy reliance on traditional combustion cycles and the burning of fossil fuels, an astronomical amount of potentially usable energy dissipates into the environment as waste. However, there may be a way to harvest that waste energy without drastically changing the energy infrastructure.

Jaeho Lee, assistant professor at the University of California, Irvine and ECS member, recently presented a paper at the 228th ECS Meeting on the thermal transport in nanostructures targeting the applications of thermoelectric energy conversion. This innovative technology has the potential to be applied to the current energy infrastructure in an effort to harvest a percentage of the wasted energy.

“Thermoelectrics could allow us to harvest waste heat in any form,” says Lee. “We could talk about large-scale waste heat from factory combustion cycles, but it could also be as small as something we generate from our bodies.”

“Globally, we’re consuming a lot of energy,” says Lee. “The world population is continuously increasing. Not only that, our energy consumption rate is increasing.”

Recently, the Department of Energy reported that the world at large consumes about 17 terawatts of energy annually. Most of this energy is generated from traditional combustion cycles and the burning of fossil fuels. When taking current efficiency levels and waste into consideration, around 43 terawatts must actually be generated to produce 17 consumable terawatts.

“What thermoelectrics can do for us is harvest a little bit of the waste heat we’re dumping out into the environment,” says Lee. “Even with the current thermoelectric technology, if we convert just four percent of the wasted energy it would be quite significant. That percentage would be equivalent to one terawatt, which is enough energy to power all the residential sectors of the United States.”

While researchers across the globe are working on alternative energy solutions to replace current systems that damage the environment and produce a huge amount of waste energy, it will take many years of research and implementation to begin to change the already established energy infrastructure. Lee’s technology could potentially be a small change that will have a big impact with the current energy infrastructure.

“We’re not asking people to change the conventional systems to a thermoelectric energy converter,” says Lee. “It’s more of a complementary energy source, which could be applicable to the existing infrastructure. I think that’s a huge benefit of adopting thermoelectrics.”

While efficiency levels of this technology are still not quite where they need to be, Lee is hopeful that with continued improvement, thermoelectric technologies will be a commercial reality in the near future.

“I think five to 10 years from now, thermoelectrics will be a more common term that people are aware of,” says Lee. “I believe they will be an essential part of our everyday lives.”