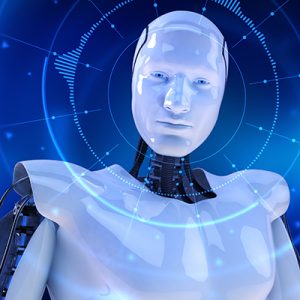 According to some scientists, humans are born with an innate sixth sense. And no, it’s not the ability to see ghosts like in the 1999 horror film. It’s the sense of proprioception: the perception or awareness of the position and movement of the body. This sense is what helps us coordinate our movements. For example, if you close your eyes, there remains a sense of awareness of where your muscles and body parts are located, the distance between them, and the perception of how they’re moving relative to one another, according to SingularityHub.

This complex sense is one that is difficult to recreate in robots, as solid state sensors traditionally used in robotics are unable to capture the high-dimensional deformations of soft systems. However, embedded soft resistive sensors have the potential to address this challenge. Using this approach, scientists are getting closer to overcoming the challenge with new techniques that involve an array of sensory material and machine-learning algorithms.

In a recent study, Thomas George Thuruthel and colleagues in Pisa and San Diego, describe using soft sensors distributed through a robotic finger at random that allow soft robots (composed of soft, stretchable materials for applications including the handling of delicate materials and safe interaction with humans) to react to touch and pressure in many different locations, forming a map of itself as it contorts into complicated positions.

In their study, the robot is able to observe its own motions to understand the shapes that its soft body can take, resembling the human system of proprioception. An approach that can be potentially useful in a variety of applications, including human-robot interaction, soft orthotics, and wearable robotics.

Replicating human qualities in robots is something scientists have been working on for quite some time. In 2017, engineers developed a quantum material that mimicked a shark’s “sixth sense” organ, allowing them the ability to detect the minute electric fields of small prey. According to Shriram Ramanathan, professor of materials engineering at Purdue University, the technology could be used to study ocean organisms and ecosystems and to monitor the movement of ships for military and commercial maritime applications.

“It has potentially very broad interest in many disciplines,” said Ramanathan.

Later that year, engineers also developed a flexible sensor “skin” that could stretch over any part of a robot’s body or prosthetic to accurately convey information about shear forces and vibration—specifically useful in disabling roadside bombs.

Zhenan Bao, past ECS member and chemical engineer at Stanford University, is also among those working on improving the sense of touch in prosthetics.

Bao was a guest on NPR’s All Things Considered, where she described her work in developing a plastic artificial skin that can essentially do all the things organic skin can do, including sensing and self-healing.

If you want to learn more about sensors, stop by the 235th ECS Meeting in Dallas, TX. Technical sessions cover topics like sensors, organic and bioelectrochemistry, physical and analytical electrochemistry, and more. The Electrochemical Society’s biannual meetings offer a great space for scientists, engineers, and industry leaders to gather and share their latest scientific and technical developments in electrochemistry and solid state science and technology.

(Get more on Bao: Read her past meeting abstracts in the ECS Digital Library.)