Submit Now: JES Focus Issue on The Brain and Electrochemistry 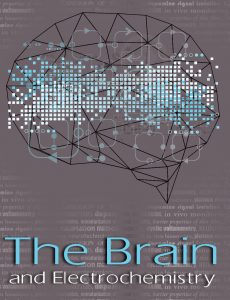 The deadline for submission to the Journal of The Electrochemical Society Focus Issue on The Brain and Electrochemistry has been extended to April 30, 2018.

The focus issue will provide a forum for the discussion of research and developments on how the central and peripheral nervous systems can be viewed and studied in terms of electrical circuits and electrochemical sensors, reactions, and methods.

The issue is dedicated to R. Mark Wightman (University of North Carolina at Chapel Hill) and Christian Amatore (Ecole Normale Supérieure), two individuals who devoted their careers to study of these topics, training and influencing countless researchers over the years.

(Be sure to specify that your submission is for the JES Focus Issue on The Brain and Electrochemistry.)

All papers included in this focus issue will be published open access at no cost to authors as part of the Society’s Free the Science initiative.

Don’t miss out on this opportunity to publish seminal work at the juncture of electrochemistry, the brain, and the nervous system. Learn more!

More about the issue

The connection between the brain and electrochemistry has become a topic of immense interest to the Society over the course of the past year. The topic even served as the theme of the fall 2017 issue of Interface, which announced the establishment of the new ECS symposium The Brain and Electrochemistry.

The inaugural symposium was held at the 232nd ECS Meeting in National Harbor, MD, as part of the 7th International ECS Electrochemical Energy Summit. It focused on research and developments in the brain, central nervous system, and peripheral nervous system, aiming to open doors to the field for electrochemical and solid state scientists and highlighting interdisciplinary approaches to emerging technologies and potential funding streams from government and other large agencies.

The success of the symposium prompted the development of the JES Focus Issue on The Brain and Electrochemistry, which seeks to further and expand the dialogue on these critical topics.