The Chemistry of New and Improved Drugs

(Learn more about electrochemical engineering and pharmaceutical compounds, visit us at AiMES 2018 in Cancun, Mexico from September 30 – October 4, 2018.) 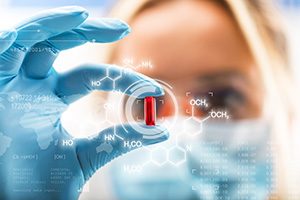 Song Lin, a Cornell University researcher in the chemistry and chemical biology field and ECS member of the organic and biologic division, is working on doing just that. He says that with electrochemistry, a process that directly uses electricity to drive chemical reactions, it would be possible to create carbon-nitrogen bonds in a sustainable manner. The only problem is that electrochemical reactions often do not offer the chemical selectivity and efficiency needed to accomplish a particular transformation – a problem Lin and his team are working to solve.

END_OF_DOCUMENT_TOKEN_TO_BE_REPLACED

In order to improve upon existing technology, researchers typically take a deeper look into current generation models to get a deeper understanding of everything that is happening on the small-scale. Answering questions as to why something happens or when it happens could allow researchers to make current technology more efficient.

“Your reactants and products are stable valleys on either side of a mountain range, and the transition state is the pass,” said Josh Baraban, lead author of the study. “It’s the most convenient way to get from one to the other. Because it only exists as you go from as one thing to another, it’s never really been thought of as something that you can easily study directly.”

This from IFL Science:

The team studied a chemical process called isomerization. In this reaction, one molecule is transformed into another molecule that has the same atoms but they are arranged in a different way. The researchers looked at acetylene, a molecule formed by two carbon atoms bound to each other, and each bound to a hydrogen atom.

END_OF_DOCUMENT_TOKEN_TO_BE_REPLACED 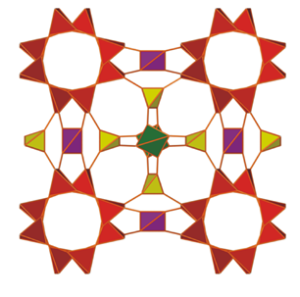 Have you heard of mechanochemistry yet? Researchers from McGill University are making a name for themselves in this up-and-coming multidisciplinary field with their discovery of a new material unveiled through unconventional means.

Prof. Tomislav Friščić’s research group in McGill’s Department of Chemistry is now producing chemical reactions through milling, grinding, or shering solid state ingredients. In other words, the team is using brute force to elicit these reactions rather than the typical liquid agents.

The group states that their process is similar to that of a coffee grinder. The advantage to using force over liquids is that it avoids environmentally harmful bulk solvents that are typically used when producing chemical reactions.

These findings were published in the paper “In Situ X-ray diffraction monitoring of a mechanochemical reaction reveals a unique topology metal-organic framework”. It all began in late 2012, where researchers reported that they had been able to observe milling reaction in real time – seeing chemical transformations using highly penetrating X-rays.