Signals of Trust in Preprints Survey 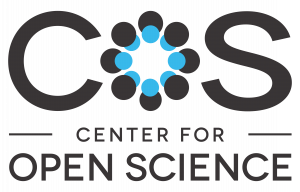 Help us understand how researchers assess the credibility of manuscripts by taking a short (15 minute) survey. The Center for Open Science is seeking graduate students, post docs, researchers, and academic faculty to participate in this survey to investigate the factors that affect the perceived credibility and use of preprints.

END_OF_DOCUMENT_TOKEN_TO_BE_REPLACED

Richard Poynder (@RickyPo) is well-known and well-respected in the open access community, especially for his “Open and Shut?” blog. Poynder has written an excellent post, which is part interview with Philip Cohen, founder of the SocArXiv preprint server, and part synopsis of the resurgent preprint server movement. The precursor of them all is arXiv, which was founded way back in 1991. Poynder asks, can preprint servers “gain sufficient traction, impetus, and focus to push the revolution the open access movement began in a more desirable direction?”

The post also talks a good bit about the preprint server framework created by the Center for Open Science (COS). ECS, who is working with COS on launching our own preprint server, gets several mentions in the article as well. In this age of 8-second attention spans, it’s a long article, but it’s well worth the read.