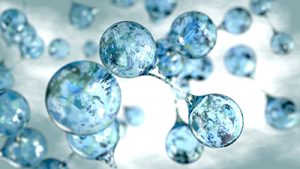 According to a new paper in Nature Energy, researchers from universities in Germany and at Stanford University have created a financial model for a wind farm connected to a hydrogen electrolyzer. END_OF_DOCUMENT_TOKEN_TO_BE_REPLACED

END_OF_DOCUMENT_TOKEN_TO_BE_REPLACED

At the end of the day really, all large-scale energy systems have environmental impacts. But, the ability to compare the impacts of renewable energy sources is an important step in planning a future. Extracting energy from the wind causes climatic impacts that are small compared to current projections of 21st century warming, but large compared to the effect of reducing U.S. electricity emissions to zero with solar. END_OF_DOCUMENT_TOKEN_TO_BE_REPLACED 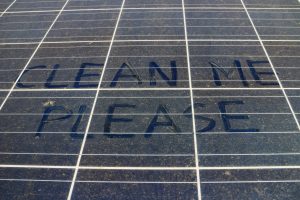 END_OF_DOCUMENT_TOKEN_TO_BE_REPLACED

According to The Conversation, California Governor Jerry Brown has signed a new law committing to make the Golden State the state 100 percent carbon-free by 2045.

The new law is comprised of multiple targets, committing California to draw half its electricity from renewable sources by 2026, and then to 60 percent by 2030.

California’s mission to stop relying on fossil fuels for energy has been a longtime goal in the making. Since 2010, utility-scale solar and wind electricity in California increased from 3 percent to 18 percent in 2017, exceeding expected targets, due to solar prices drop in recent years. In 2011, Brown signed a law committing the state to derive a third of its energy from renewable sources like wind and solar power by 2020. And in 2017, about 56 percent of the power California generated came from non-carbon emitting sources, placing state over halfway to their goal for 2045.

END_OF_DOCUMENT_TOKEN_TO_BE_REPLACED

One year ago, the Chinese government’s energy agency made a long-term commitment to the development of renewable energy sources, investing more than $360 billion in an effort to shift away from coal-powered energy. Now, the country is following through on those promises, paving the way to becoming the global leader in the overall development of clean energy technology.

According to a new report from the Institute of Energy Economics and Financial Analysis (IEEFA), China has continued to grow its clean energy sector in 2017, installing over 50 GW of solar-powered generation.

“The clean energy market is growing at a rapid pace and China is setting itself up as a global technology leader while the U.S. government looks the other way,” said Tim Buckley, co-author of the report. “Although China isn’t necessarily intending to fill the climate leadership void left by the U.S. withdrawal from Paris, it will certainly be very comfortable providing technology leadership and financial capacity so as to dominate fast-growing sectors such as solar energy, electric vehicles, and batteries.”

END_OF_DOCUMENT_TOKEN_TO_BE_REPLACED

Energy Wonks Have a Meltdown Over the US Going 100 Percent Renewable. Why?

Science is messy, but it doesn’t have to be dirty.

On June 19, a group of respected energy researchers released a paper in the journal Proceedings of the National Academy of Sciences (PNAS) that critiqued a widely cited study on how to power the U.S. using only renewable energy sources. This new paper, authored by former NOAA researcher Christopher Clack and a small army of academics, said that the initial 2015 study had “errors, inappropriate methods and implausible assumptions,” about using only the sun, wind and water to fuel the U.S.

What followed was a storm of debate as energy wonks of all stripes weighed in on the merits of the PNAS analysis. Mark Z. Jacobson, a Stanford University professor who was the lead author of the 2015 study, shot back with detailed rebuttals, in one calling his fellow researchers “fossil fuel and nuclear supporters.”

Why the big kerfuffle? As an energy researcher who studies the technologies and policies for modernizing our energy system, I will try to explain.

In general, getting to a clean energy system – even if it’s 80 percent renewable – is a well agreed-upon goal and one that can be achieved; it’s that last 20 percent – and how to get there – that forms the main point of contention here.

END_OF_DOCUMENT_TOKEN_TO_BE_REPLACED

A newly created material may have the capacity to double the efficiency of solar cells.

Conventional solar cells are at most one-third efficient, a limit known to scientists as the Shockley-Queisser Limit. The new material, a crystalline structure that contains both inorganic materials (iodine and lead) and an organic material (methyl-ammonium), boosts the efficiency so that it can carry two-thirds of the energy from light without losing as much energy to heat.

In less technical terms, this material could double the amount of electricity produced without a significant cost increase, according to the new study in Science.

Enough solar energy reaches the earth to supply all of the planet’s energy needs multiple times over, but capturing that energy has been difficult—as of 2013, only about 1 percent of the world’s grid electricity was produced from solar panels.