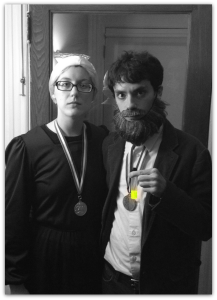 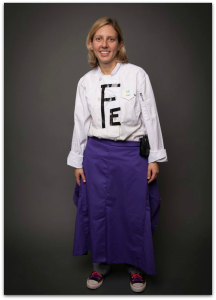 This costume pretty much speaks for itself.
Image: MSI Chicago 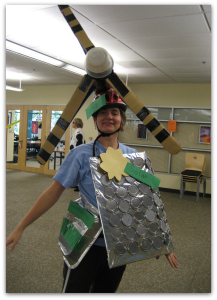 What’s better than having a great costume and making an important statement all at once?
Image: Trashmagination 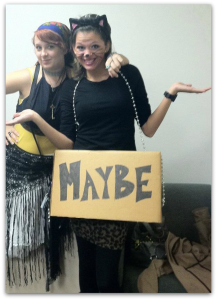 Be your own paradox through your adaptation of Schrödinger’s cat.
Image: College Humor 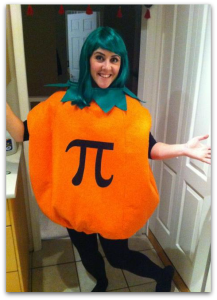 The punniest person at the party.
Image: Classroom Connection 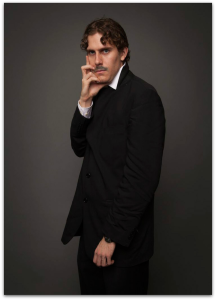 One of the pillars of electrochemical science, Tesla is a perfect costume for science lovers across the board. You can even pull the whole costume together by talking to birds and telling them you love them.
Image: MSI Chicago

Galileo and the Cosmos 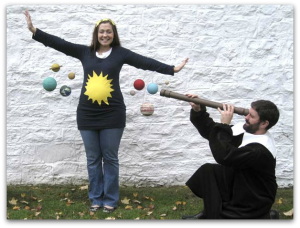 The leader of the scientific revolution and father of modern science is the perfect Halloween costume for any science-minded person. Make it a couples costume with a pairing of the solar system.
Image: MSI Chicago 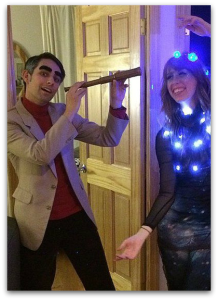 Grab the turtleneck from the back of your closet and fashion your hair in a wide comb over and you’ll be the spitting image of one of the greatest astronomers.
Image: Popsugar Tech 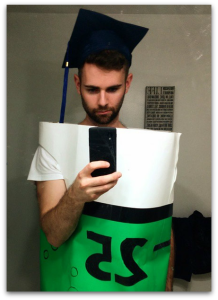 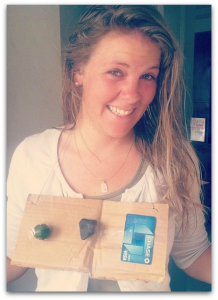