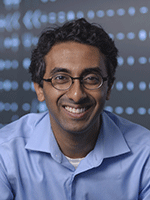 The aim of the project is to address issues related to natural gas flares. In industrial plants such as petroleum refineries, chemical plants, and natural gas processing plants, flare stacks are implemented as a way to regulate the pressure of the plant equipment and dispose of products that cannot be processed or sold by burning the flammable gasses.

However, flaring leads to an enormous amount of wasted energy and accelerated greenhouse gas emissions in the form of carbon dioxide.

Currently, natural gas is the second largest source of energy in the United States. However, the flaring process wastes a large percentage of the non-renewable resource and aids to carbon dioxide and methane emissions, the latter of which is the main component of natural gas and more than 20 times as potent per kilogram as CO2.

“Annually, the world burns – with no recuperated value – an amount of methane that’s equivalent to about 25 percent of U.S. demand,” Surendranath says. “We essentially wanted to figure out ways to electrochemically, selectively oxidize methane to an oxygenate like methanol.”

With the help of the ECS Toyota Young Investigator Fellowship, Surendranath and his team set out to forgo the flaring process and instead develop ways to take methane and, through an electrochemical process, convert it into methanol, which is a potential clean-burning alternative to fossil fuels.

Since receiving the fellowship, Surendranath was able to visit the Toyota Research Institute of North America in Michigan, where he presented his work to the company’s relevant research divisions and learned more about Toyota’s internal research relating to his work. Additionally, the research conducted during the fellowship period has led to a promising sponsorship from a major Italian oil company, which has provided additional funding and allowed the team to continue their research.

“The program was fantastic,” Surendranath says. “The fellowship allowed us to get the initial legs going in new, exciting areas.”

David Go, Rooney Family Associate Professor of Engineering at the University of Notre Dame, was another inaugural winner of the ECS Toyota Young Investigator Fellowship for his work in transforming carbon dioxide into clean, alternative fuels.

While advancing research in electric vehicles and fuel cells tend to be the top research areas in sustainable transportation, Go and his team are opting to go down the road less traveled through a new approach to green chemistry: plasma electrochemistry.

“Our approach to electrochemistry is completely a-typical,” Go says. “We use a technique called plasma electrochemistry with the aim of processing carbon dioxide – a pollutant – back into more useful products, such as clean-burning fuels.”

The team’s approach of plasma electrochemistry is a branch of electrolysis. Essentially, electrolysis is a process that breaks up a larger component into its individual elements using electrochemical reactions. 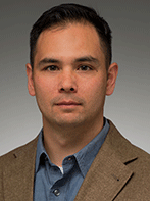 According to the EPA, methanol’s high performance and low emission levels could make it an ideal alternative to gasoline.

Since being award the ECS Young Investigator Fellowship in 2015, Go and his team have continued pursuing CO2 conversion and quantifying methanol production. This research resulted in a new fundamental theory, which Go will be presenting at the 231st ECS Meeting in New Orleans.

Find out more about the ECS Toyota Young Investigator Fellowship and submit your proposals by Jan. 31.