This course is intended for chemists, physicists, materials scientists, and engineers with an interest in applying electrochemical impedance techniques to study a broad variety of electrochemical processes. Attendees develop a basic understanding of the technique, sources of errors in impedance measurements, manner in which experiments can be optimized to reduce these errors, and use of graphical and regression methods to interpret measurements in terms of meaningful physical properties. The content follows the textbook coauthored by Prof. Mark Orazem.1 Students are guided through using the Orazem group’s recently published measurement program.2

Concepts are illustrated by applications to different systems including corrosion, fuel cells, batteries, and transport through membranes such as skin. A list of suggested references is provided.

This is the second course in the series, “Advanced Impedance Spectroscopy.” It introduces model development based on proposed reaction mechanisms, statistical analysis of impedance data, and regression analysis. 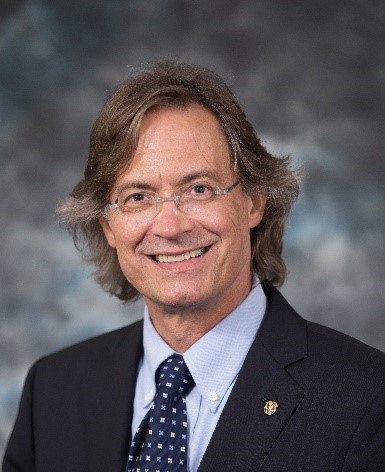 Mark Orazem is a recognized expert on impedance spectroscopy. He has offered introductory and advanced short courses on the topic at The Electrochemical Society biannual meetings and Fuel Cell Seminar. He also delivered this course to companies and local ECS sections.

Orazem obtained his PhD in 1983 from the University of California, Berkeley, U.S., after completing BS and MS degrees at Kansas State University, U.S. In 1988, he joined the faculty of the University of Florida, U.S., where he is a Distinguished Professor of Chemical Engineering. Orazem is a Fellow of The Electrochemical Society and the International Society of Electrochemistry, and served as President of the International Society of Electrochemistry in 2011-2013. He has over 210 refereed publications and co-authored the textbook Electrochemical Impedance Spectroscopy—published by Wiley in 2008—with Bernard Tribollet of the CNRS (Centre national de la recherche scientifique) in Paris. The book was translated into Chinese and published by Chemical Industry Press in 2014. The second edition appeared in 2017, and the Chinese translation will be published soon. Orazem edited Underground Pipeline Corrosion, published by Woodhead Publishing in 2014. In 2012, he received the Henry B. Linford Award of The Electrochemical Society. With his co-author Bernard Tribollet, Orazem is a 2019 recipient of the Claude Gabrielli Award for contributions to electrochemical impedance spectroscopy.