This course is intended for chemists, physicists, materials scientists, and engineers with an interest in applying electrochemical impedance techniques to study a broad variety of electrochemical processes. The attendee will develop a basic understanding of the technique, the sources of errors in impedance measurements, the manner in which experiments can be optimized to reduce these errors, and the use of graphical methods to interpret measurements in terms of meaningful physical properties. The course is based on M. E. Orazem and B. Tribollet, Electrochemical Impedance Spectroscopy, 2nd edition, John Wiley & Sons, Hoboken, New Jersey, 2017. The basic impedance course will cover the front matter (page xxxiii) and parts of Chapters 1, 4, 5, 7-10, 17, and 18. The advanced course will cover chapters 5, 9-14 and 17-22.

The concepts will be illustrated by applications to different systems including corrosion, fuel cells, batteries, and transport through membranes such as skin. A list of suggested references will be provided.

This course is the first in a two course sequence offered at alternating ECS meetings by Professor Orazem. The second course in the series, “Advanced Impedance Spectroscopy,” introduces model development based on proposed reaction mechanisms, statistical analysis of impedance data, and regression analysis. 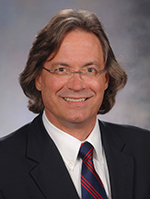 Mark Orazem is a recognized expert on impedance spectroscopy. He has offered both introductory and advanced short courses on the topic at annual meetings of The Electrochemical Society and at the Fuel Cell Seminar. He also has delivered this course to companies and to local sections of the ECS.

Orazem is a Distinguished Professor of Chemical Engineering at the University of Florida, where he also holds the ExxonMobil Chemical Engineering Alumni term professorship. Orazem is also Adjunct Professor at the Beijing University of Chemical Technology. He obtained his BS and MS degrees from Kansas State University and his doctorate in 1983 from the University of California, Berkeley. He was recognized as an outstanding educator in 2004 by BP Azerbaijan. He was recognized as the 2005 College of Engineering Distinguished International Educator, and he was recognized as a 2008 Blue Key Distinguished Professor. Prof. Orazem is a Fellow of The Electrochemical Society and served for ten years as associate editor for the Journal of the Electrochemical Society. He served as president of the International Society of Electrochemistry. He has over 180 refereed publications and has co-authored, with Bernard Tribollet of the CNRS in Paris, a textbook on the subject, Electrochemical Impedance Spectroscopy. The second edition was published in 2017. The Chinese translation of the first edition was published by Chemical Industry Press in 2014. Orazem received the 2012 ECS Henry B. Linford Award for Distinguished Teaching.