The severity of an energetic lithium ion battery (LIB) safety mishap can have catastrophic consequences to users of devices employing high specific energy LIBs. As such, continuous improvements in lithium ion cell, battery, and system safety design features are a major focus of the energy storage marketplace.

This short course provides a foundation for understanding the general principles of LIB safety hazards and failure modes analysis. The effects of LIB chemical, electrical, thermal, and mechanical design features on safety characteristics is presented. Thermal runaway mechanisms are discussed in terms of risk factors that influence thermal runaway such as cell chemistry, size, and configuration. A special focus on LIB safety testing in controlled laboratory environments, implementation of industry standards, and lessons learned from high-visibility industry LIB incidents is provided. The severity and consequences of catastrophic LIB failures is also presented with practical examples of how real-life industry LIB safety incident outcomes have been evaluated.

The course is designed to benefit industry practitioners, academicians, R&D scientists, practicing engineers, and students who have a need to increase their knowledge in the safe design of LIB energy storage systems. Attendees gain an increased understanding of the potential safety hazards inherent to LIB and how these hazards are effectively evaluated and mitigated. 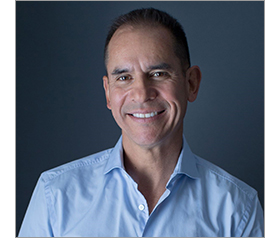 Thomas P. Barrera, is currently President, Lithium-Ion Battery (LIB)-X Consulting which is an independent technical consulting firm specializing in the design, manufacturing, test, and safety engineering of LIB power systems. With over 30 years of relevant industry experience, Tom previously served as a Technical Fellow for The Boeing Co., battery R&D test engineer at The Aerospace Corporation, and power systems engineer at the NASA-Johnson Space Center.

During his 19-year career at The Boeing Co., Tom led multidisciplinary teams in the end-to-end development of high-reliability electrical power and battery energy storage systems utilizing various LIB technologies. Tom is a Member-at-Large of the ECS Battery Division, Associate Fellow of the AIAA, and project lead for the NASA Engineering and Safety Center. After receiving his PhD in Chemical Engineering from the University of California, Los Angeles, Tom worked as a post-doctoral research fellow in the UCLA Dept. of Materials Science and Engineering. Tom also received a MS in Industrial Engineering from Northwestern University, BS in Chemical Engineering and BA in Mathematics-Economics from the University of California, Santa Barbara. 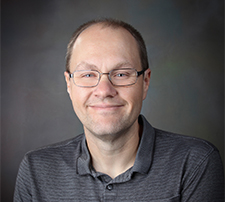 Lamb received his PhD in Metallurgical Engineering (2003-2008) and received his BS in Chemical Engineering (1998-2002), both at the University of Nevada. He was a Postdoctoral Scholar at the University of Nevada (2008-2010), where he performed research on hydrogen storage materials as part of the United States DOE Metal Hydride Center of Excellence program. His primary research focused on the behavior of lithium nitride when exposed to a mixed nitrogen-hydrogen gas atmosphere.