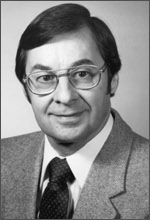 Dr. Cairns joined the General Electric Research Laboratory in Schenectady, New York in 1959. He conducted research on ion-exchange membrane fuel cells, electrocatalysis, surface chemistry, the anodic oxidation of hydrocarbons and other organic fuels, molten salts, thermodynamics, and concentrated aqueous electrolytes (fluorides and carbonates). In 1966, he joined Argonne National Laboratory as Group Leader of Liquid Metals and Molten Salts Research Group. He conducted research on the electrochemistry of molten salt cells including Li/S, thermodynamics, phase equilibria, and Raman spectroscopy. He established molten battery and fuel cell programs at Argonne. In 1968, he co-authored with H.A. Liebhafsky the book “Fuel Cells and Fuel Batteries”. He became Section Head for R&D of Li/S and related cells in 1970. In 1973, he joined General Motors Research Labs as assistant head of the Electrochemistry Department responsible for R&D on fuel cells, high temperature cells including LiAl/FeS2, and ambient temperature cells including Zn/NiOOH.

In 1978, Dr. Cairns became Professor of Chemical Engineering at the University of California, Berkeley and Director of the Energy & Environment Division of Lawrence Berkeley National Laboratory. His research at Berkeley included photothermal deflection spectroscopy for in situ study of electrode reactions, studies of the zinc electrode, oxygen reduction in strong aqueous electrolytes, the electrochemistry of aqueous polysulfides, the lithium/sulfur cell and the application of X-ray absorption spectroscopy and NMR to the study of battery and fuel-cell electrode reactions. He authored or co-authored over 170 technical papers and over 15 patents.

Dr. Cairns joined the Society in 1961. He was active in the Niagara-Mohawk Section and served on many Society committees. He was Battery Division Editor and served on several Division committees. He held all the offices of the Physical Electrochemistry Division (Chairman, 1981-1983). He organized a number of Society Meeting symposia. He was elected Vice-President of the Society in 1986 and served as President for the term 1989-1990. Dr. Cairns received the Turner Book Prize in 1963 and was elected Fellow of The Electrochemical Society in 1991.

Dr. Cairns served on many governmental advisory committees dealing with electrochemical energy conversion, energy storage, and related topics. He served on the National Battery Advisory Committee, and NAS and NRC committees. He received an IR-100 Award in 1967 for work on Li/chalcon cells, the U. of Missouri Croft Lectureship and Award in 1979, a Case Western Reserve University Centennial Scholar (1981) and R&D 100 Award (1992). He was active in several other Societies and held important offices including Vice-Chairman and President (1997-99) of International Society of Electrochemistry.