Introduction to Micro/Nanofabrication, C-MEMS, and Applications of Chemical Gas Sensors

This course is designed for engineers, scientists, and students involved with the design and fabrication of microchemical sensors, biosensors, or nanosensors, which make use of miniaturization to achieve compact and versatile sensing systems. Students will learn how to fabricate sensors using MEMS/NEMS technology and their applications. 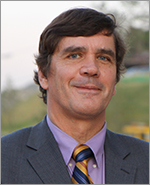 Marc Madou specializes in the application of miniaturization technology to chemical and biological problems (BIO-MEMS). He is the author of several books in this burgeoning field he helped pioneer both in academia and in industry. He founded several micromachining companies and has been on the board of many more.

Before joining UCI as the (MEA), Madou was Vice President of Advanced Technology at Nanogen in San Diego, California.

Many of his colleagues became well known in their own right in academia and through successful MEMS start-ups. Madou was the founder of the SRI International’s Microsensor Department, founder and President of Teknekron Sensor Development Corporation (TSDC), Visiting Miller Professor at UC Berkeley, and Endowed Chair at the Ohio State University (Professor in Chemistry and Materials Science and Engineering). He is the author of the third edition of  “Fundamentals of Microfabrication,” an introduction to MEMS and NEMS, which has become known as the “bible” of micromachining.

Some of Madou’s current research work involves a compact disc-based fluidic platform and carbon MEMS, two fields he pioneered. To find out more about those recent research projects, visit here. 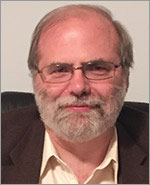 Gary W. Hunter is the Technical Lead for the Chemical Species Gas Sensors Team and Lead for Intelligent System Hardware in the Smart Sensors and Electronics Systems Branch at NASA Glenn Research Center. Since his arrival at NASA Glenn, he has been involved with the design, fabrication, and testing of sensors. He has worked closely with academia and industry in developing a range of sensor technologies and sensor systems using a number of different sensor materials and sensing approaches. This work has included the use of micro/nano technology as well as the integration of sensor technology into smart systems.

Hunter’s contributions range from research to technical management in fields of research including: high temperature wireless sensors, engine emissions, environmental monitoring, fire detection, and leak detection. He has been involved with projects ranging from environmental monitoring/fire detection, a Venus surface lander, a flight sensor for detecting leaks on launch vehicles, and fabrication methods for nanotechnology based sensors.

Technology he has led the development of has been chosen, demonstrated, or applied in applications such as the Space Shuttle, International Space Station, Jet Engine Test Stands, and the Ford Assembly line.

In 2009 and 2017, his group’s patented work was nominated for NASA Invention of the Year. In 2010, he was highlighted in the “Who’s Who at NASA” by NASA Tech Briefs magazine. In 2013, he became a Fellow of the Electrochemical Society and is former Chair of the Sensors Division.

Hunter has 11 patents, two R&D 100 Awards, and a significant number of papers and invited talks. 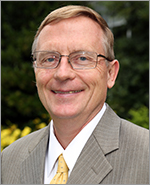 He worked in the Microsensor Group at the Physical Electronics Laboratory of Stanford Research Institute and then at the Teknekron Sensor Development Corporation before joining the faculty at the University of Illinois in 1990 in the department of electrical engineering and computer science.

He is a Professor of mechanical engineering at Georgia Institute of Technology, a member of the Parker H. Petit Institute for Bioengineering and Biosciences, and a Director of the Micro/Nano Engineering Research Group in the School of Mechanical Engineering. His research interests include micro/nanofabrication for chemical and biosensors, miniature gas chromatography systems, and application of sensors to food safety and agriculture.

He has published over eighty journal papers and edited fifteen books. He is a Fellow of the AAAS, ASME, ECS, and a member of ASEE, IEEE, and Sigma Xi.