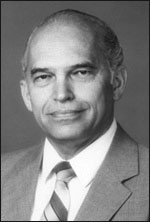 Bruce E. Deal was born in Lincoln, Nebraska in 1927. After serving in the U.S. Army, he attended Nebraska Wesleyan University where he received an A.B. in Chemistry in 1950. Subsequently, he received M.S. and Ph.D. degrees in 1953 and 1955 from Iowa State University at Ames, Iowa, majoring in Physical Chemistry. His thesis topic involved the oxidation kinetics of lithium, thorium, and uranium in water vapor.

Dr. Deal joined Kaiser Aluminum and Chemical Corporation’s Department of Metallurgical Research in Spokane, Washington as a Research Chemist in 1955. His research at Kaiser involved fundamental studies of the oxidation of aluminum and its commercial alloys.

Dr. Deal became associated with the semiconductor industry in 1959, as a Research Chemist for Rheem Semiconductor Corporation (subsequently purchased by Raytheon Company) in Mountain View, California. In 1963, he joined Fairchild Semiconductor as a Member of the Research Staff at its Palo Alto Research and Development Laboratory. Dr. Deal’s work involved studies of silicon thermal oxidation and passivation for semiconductor device and circuit applications, and also directed activities in all phases of semiconductor materials process, device, and design technology.

After a short term as Principal Technologist at National Semiconductor (1988-89), Dr. Deal joined Advantage Production Technology (1989-92), a start-up manufacturer of wafer cleaning equipment, where he was Vice-President of Development.

Dr. Deal became a member of The Electrochemical Society in 1955. He became active in many affairs of the Society. At the San Francisco Section level, he served as Membership Chairman, Secretary, Executive Chairman, and Councillor. He was active in the Electronics Division, where he served as Publicity Chairman, Nominating Committee Chairman, Vice-Chairman/Semiconductors, and Member-at-Large of the Executive Committee.

Dr. Deal was elected Vice-President of the Society in 1985 and President for the term 1988-1989. He received the Electronics Division Award in 1974, the Thomas D. Callinan Award of the Dielectric Science and Technology Division in 1982, and the Solid State Science and Technology Award in 1993. He was elected to Fellow of The Electrochemical Society in 1991.

Dr. Deal was a Fellow in the Institute for Electrical and Electronic Engineers, a Fellow in the American Association for the Advancement of Science, a Life Fellow in The Franklin Institute, and a member of Sigma Xi. He has received several awards for his research on silicon oxidation and passivation, including the 1998 Lifetime Achievement Award presented by Semiconductor Equipment and Material, International, in San Jose, California. He was a Consulting Professor in Stanford University’s Department of Electrical Engineering, and an Adjunct Professor at Santa Clara University, during and after his industrial employment.