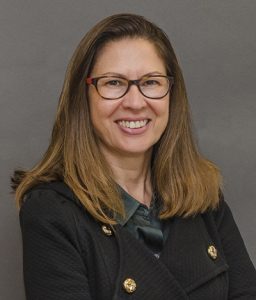 Deligianni has played a key role developing the solder bump technology that became the standard for joining of silicon chips to packages. She co-invented copper electrodeposition for on-chip interconnects and was a co-recipient of the 2006 Inventor of the Year Award from the New York Intellectual Property Law Association. For these technologies, IBM was recognized with the U.S. National Medal of Technology and Innovation. She has developed an electrodeposition route for the synthesis of solar thin film semiconductors and earth abundant solar materials and has been instrumental in the scale-up of thin film solar energy conversion technologies.

Deligianni holds PhD and MS degrees in chemical engineering from the University of Illinois in Urbana-Champaign and a BS in chemical engineering from Aristotelion University in Thessaloniki, Greece. She has also co-authored 58 manuscripts, 187 patents, and has more than 30 patents pending with the USPTO. Deligianni is a member of the IBM Academy of Technology, and a Fellow of The Electrochemical Society. In 2012, Deligianni was the first female recipient of the ECS Electrodeposition Research Award. She is a past secretary of ECS (2012-2016), has served as chair of the ECS Education and Ways and Means Committees, and of the Electrodeposition Division. She is a senior member of IEEE and of AIChE, and a member of ISE, ACS, ACM, and AAAS.