This course is for scientists and engineers with an interest in the fundamental principles of biosensing. The topics covered include an overview of different bio-recognition and detection methods and their application to biosensing in wearable sensors for human health. 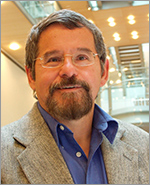 Joseph Wang is a Distinguished Professor, Nanoegineering Department Chair, ECS Fellow, and SAIC Endowed Chair at the University of California San Diego (UCSD). He also serves as the Director of the Center of Wearable Sensors.

Wang obtained his higher education at the Israel Institute of Technology (Haifa), being awarded his DSc in 1978. From 1978 to 1980, he served as a research associate at the University of Wisconsin (Madison). Between 1980 and 2004, he was a member of the chemistry department at New Mexico State University (NMSU), where he held a Regents Professor and a Manasse Chair between 2001 and 2004. Between 2004 and 2008, he served as the Director of the Center for Bioelectronics and Biosensors and a Professor of Chemical Engineering and Chemistry at Arizona State University (ASU). Wang has been the Founder and Chief Editor of Electroanalysis (Wiley-VCH) since 1989.

Since 1980, 30 PhD candidates and 400 research associates have studied with Wang. He has presented more than 400 invited talks, including 200 plenary and keynote lectures in 60 countries.

Wang has been included in the Thompson Reauters List of 2015 World’s Most Influential Scientific Minds. He was the recipient of the NSF Special Creativity Award in 2008, the 1999 American Chemical Society Award for Analytical Instrumentation, the 2006 American Chemical Society Award for Electrochemistry, the 2018 Sensor Division Outstanding Achievement Award for The Electrochemical Society (ECS), the 2018 European Society of Electroanalytical Chemistry (ESEAC) Lifetime Achievement Award, the 1994 Heyrovsky Memorial Medal (of the Czech Republic) for electrochemistry, the ISI ‘Citation Laureate’ Award for being the ‘Most Cited  Scientist in Engineering in the World’ (during 1991-2001), and of the Electrochemistry Communications 2005 Award for the most cited paper, among many more awards and medals in recognition of his accomplishments.