Home / About ECS / About the Science / Energy (R)evolution

An interview with James Fenton

The thought that solar and electric vehicles (EVs) would ever be viable, prominent energy alternatives was a revolutionary idea a few years ago. Now, EVs are becoming more affordable and efficiency levels are consistently on the rise, opening the door to a renewable energy future.

“People will say there’s hardly any solar around, and they’ll say the same thing about electric vehicles,” says James Fenton, director of the University of Central Florida’s Florida Solar Energy Center and newly appointed ECS Secretary. “But imagine you’re running a marathon and the people in the lead are at the five mile mark and you’re at 100 feet, but you’re running twice as fast. You might be behind, but you’re going to win the race. That’s where we are right now with solar and electric vehicles; we’re running twice as fast.”

In spite of all the progress, the question still remains: Can we really put conventional means of generating electricity in the rear view mirror and move towards a clean and efficient energy future? 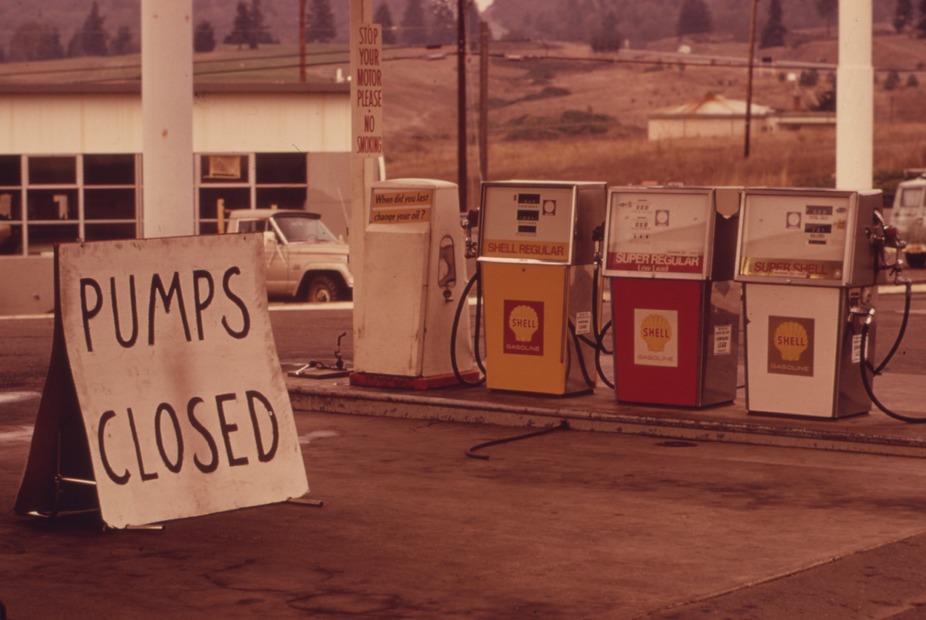 From the modest energy needs of pre-industrial revolution to the growing demands and technological innovations of the 21st century, energy technology has helped shape the world we live in.

The oil embargo of 1973 marked one of the first major moments of energy vulnerability. Overnight, oil prices tripled and the first era of energy conservation was declared.

“When I was 16 years old I would ask my parents to borrow the keys to the car,” Fenton, ECS Fellow and 36 year member of the Society, says, “and they’d say, ‘No problem. You can have them any time you want, but you have to fill the car up.’ So I would crawl around to the back of the car and look at the license plate. The license plate would end in an odd or even number, which entitled you to the right to sit in line for two hours to buy gasoline.”

While the oil embargo may not have reduced the country’s dependence on foreign oil, it did open the eyes of many to the fragility of the current energy infrastructure and the need for alternative forms of energy.

The next oil crisis

The oil crisis of the 1970s was directly related to the Arab-Israeli War, but the potential oil crash of the future could be driven by a completely different force: electric cars.

In 2015, battery prices fell 35 percent. By 2040, long-range EV prices are predicted to be less than $22,000. Additionally, an expected 35 percent of all new cars world-wide are expected to come with a plug. 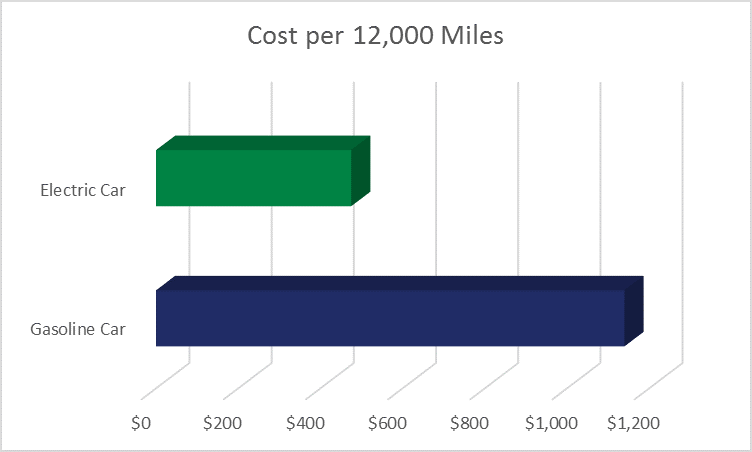 Data taken from “PV, EV, and Your Home at Less Than $1 a Gallon”

The shift in the production and use of electric vehicles is expected to follow a pattern similar to products such as color televisions, smartphones, and even LED lights; where an initial lull was followed by a market boom.

According to Fenton, EVs can currently run on electricity that’s costing around $0.11 per kWh, which is roughly equivalent to $0.99 per gallon.

Last year, electric vehicle sales grew by 60 percent. If that growth continues along the same path, electric vehicles have the potential to displace oil demand of two million barrels a day as early as 2023.

“Eventually we’re going to get to the point where we’ll use wireless charging for the cars, much like a phone that you can place on a pad to charge,” Fenton said. “We’re going to get cars to do that. The cars will even be able to be charged from the roads they’re driving on.”

When discussions of energy production began to shift around the time of the 1970s oil crisis, efforts began to focus on nuclear power. During that time, many believed that nuclear power was the future and that future would be free and plentiful.

“At that time we were thinking we’d build up these nuclear power plants everywhere and they would provide free electricity because it would just be too cheap to meter,” Fenton says, who was working under Douglas Bennion (past ECS President) at UCLA at the time.

In other words, the electricity from all of the new nuclear power plants would just go directly from the plant to the already established lines to the homes at no cost to the recipient.

Because most people expected nuclear to provide extremely cheap, plentiful energy, Fenton and other researchers began working on flow batteries to capture all the excess energy that would be produced during non-peak hours.

“Back then we were remaking batteries because we thought we were going to have all this free nuclear electricity and we’d have to store it somehow,” Fenton said.

The hopes for nuclear were still high by the time the 1980s hit. With the assumption that there would soon be a mass of excess energy, Fenton focused his attention on using electricity to direct organic chemicals when he went to study under Richard Alkire (past ECS President) at the University of Illinois, Urbana-Champaign.

“I went there because I figured with all this free electricity, let’s use it to make good, useful chemicals for mankind,” Fenton said.

But the expectations were wrong. Nuclear plants did not provide energy that was too cheap to meter. There was no extraordinary amount of supplemental energy.

While nuclear still provides about 19 percent of Americans’ electricity, there have not been any new nuclear plants built in the country since 1996. Additionally, around 20 of the country’s 61 operational nuclear power plants are expected to close in the near future in light of the rise of more efficient and affordable energy sources, and ever-increasing issues of how and where to store nuclear waste.

“Back then we thought they’d be so cheap that energy would be free.” Fenton said. “Now, [nuclear power plants are] too expensive to even matter.”

With nuclear in the rear view mirror, researches began to explore other avenues for energy production. Fuel cells started to come into play as well as photovoltaics.

“Way back when, solar was really expensive; ten times more expensive than out of the wall,” Fenton said. “No one in their right mind would use it.” 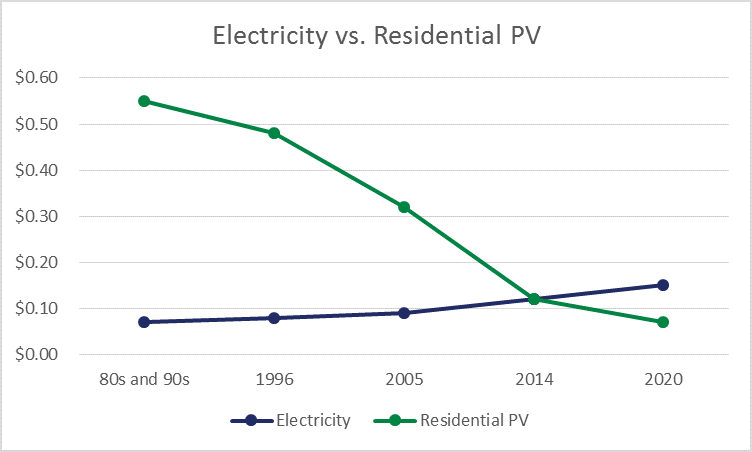 Data taken from “PV, EV, and Your Home at Less Than $1 a Gallon”

In 1996, U.S. residential electricity was around eight cents per kWh. Pair that with a competitively low gas price of $1.23 per gallon and the 48 cents per kWh for photovoltaics made the technology essentially irrelevant. The conclusion at the time was that solar was just too expensive to be a viable option.

Fast forward to 2005 and we can begin to see the tides change. Residential electricity has jump to 10 cents per kWh, gas prices rose to $2.30 per gallon, and photovoltaic prices dropped to (a still relatively high) 32 cents per kWh.

That price trend continues today. Currently, residential electricity is sitting at about 12 cents per kWh, gas prices are resting at about $2.37 per gallon, and the cost of photovoltaics has plummeted to 12 cent per kWh.

“In 2013 it slowly crossed over,” Fenton said. “Not in the total amount that is already here, but in the new additions.”

Fenton predicts that the price for conventional electricity will be around 14 cents per kWh and photovoltaics will come in around seven cents per kWh by the year 2020.

“For wind and solar,” Fenton said, “their cost to produce electricity is actually cheaper than conventional ways of making power today.”

That means at baseline, energy produced via solar panels is cheaper than conventional means.

“Things are evolving and changing so fast and we have this opportunity to integrate energy and transportation, increase our wealth, make the planet cleaner, and it may actually be cheaper to do it,” Fenton said.

Picturing the future of the energy infrastructure, Fenton detailed utilities that act and communicate like the Internet. In order to utilize renewable energy efficiency, Fenton believes that items such as your washing machine could tell you how much it costs to run it at 2 p.m. as opposed to 8 p.m.

Additionally, the energy for the grid could stop being produced by huge power plants and instead be less concentrated throughout the country.

“We’re moving away from making big power plants and shipping energy radially out of these plants to having small little things all over the place and making sure they’re interconnected,” Fenton said.

A potential way to bolster the rise of solar and electric vehicles is through open access. ECS’s Free the Science initiative aims to accelerate the scientific discovery and application progress by eliminating all barriers to our scientific research – both to readers and authors.

“Quite often when people win awards, you hear them say that they were able to accomplish what they’ve done because they were standing on the shoulders of giants,” Fenton said. “Now there’s a lot of giants running around the whole planet, and if you’ve opened up all the information, the kid that’s out in the middle of the poorest area on Earth can do the same thing as Nobel Prize winners did years ago. That could happen.”

The idea that science needs to be open is obviously important, otherwise it wouldn’t be getting much attention. ECS believes that discoveries need discoverability. Science means progress, and progress means finding solutions to some of our world’s most pressing problems. The research that ECS stewards and publishes can help find those solutions. 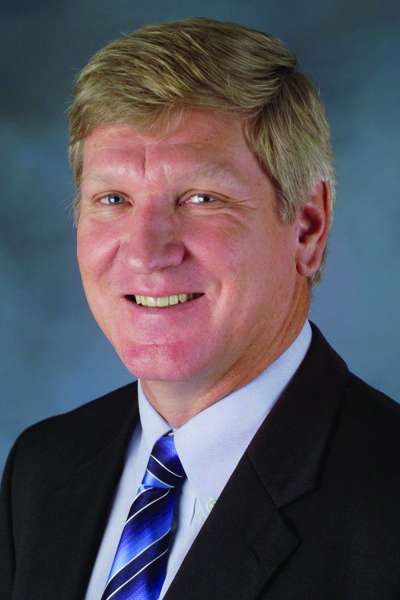 James Fenton is the Director of the University of Central Florida’s Florida Solar Energy Center (FSEC). The U.S. DOE is currently funding programs at FSEC in: “Building America” energy efficient homes, Photovoltaic Manufacturing, Hot-Humid PV testing of large-scale PV to show bankability, train-the-trainers education for solar installations, programs to decease the soft-costs of PV installation and management of a smart-grid education consortium for power engineering students. The U.S. DOT funds a University Electric Vehicle Transportation Center (EVTC) at UCF’s FSEC. Prior to joining FSEC, Dr. Fenton spent 20 years as a Chemical Engineering Professor at the University of Connecticut. He received his PhD in Chemical Engineering from the University of Illinois in 1984 and his BS from UCLA in 1979. He is an Electrochemical Society Fellow and received the Research Award of the ECS’s Energy Technology Division last May. Fenton was the guest editor of the spring 2015 issue of Interface.