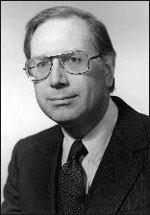 Ronald Edward Enstrom was born in New York, N.Y. on March 22, 1935. He earned his S.B. degree in 1957, his S.M. in 1962, and his Sc.D. in 1963 all from the Massachusetts Institute of Technology in the field of Metallurgy. His S.B. thesis in corrosion was supervised by Prof. H.H. Uhlig and his Sc.D. thesis in high field superconductivity under Prof. John Wulff.

In 1957, Dr. Enstrom worked for Electrometallurgical Research Laboratories of Union Carbide Corp. in Niagara Falls, N. Y. on high temperature oxidation of Nb alloys. He became an Electrochemical Society member that year. In 1958, he joined the staff of Nuclear Metals, Inc. in Concord, MA and worked on the mechanical and physical metallurgy of nuclear and refractory metals.

After graduate work in 1963, Dr. Enstrom joined the staff of RCA Laboratories. He worked on the vapor phase synthesis magnetic properties of Nb-Sn high field superconducting ribbon. This research conducted with colleagues at RCA resulted in a commercial product for the fabrication of superconducting magnets. For this work he received an individual RCA Laboratories Award in 1965. Later work focused on the vapor phase synthesis of III-V binary, ternary, and quaternary compounds for a variety of micro wave, opto-electronic, and rectifying devices. This research resulted in a number of military and commercial microwave and opto-electronic devices. For this work he received RCA’s highest scientific award the David Sarnoff Award in 1967. Dr. Enstrom also pursued finite element computer modeling studies on semiconductor and kinescope related problems for which he received another RCA achievement award.

He was awarded a sabbatical leave, 1973-1974, to work at the Swiss Federal Institute of Technology in Zurich as a Visiting Scientist at Prof. G. Busch’s Laboratory for Solid State Physics. He visited several European research centers and presented invited lectures.