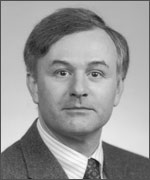 Dale E. Hall is the Deputy Director of the Materials Science and Engineering Laboratory (MSEL) at the National Institute of Standards and Technology (NIST) in Gaithersburg, Maryland. MSEL, a laboratory with a staff of about 350, provides measurement methods, scientific tools, data, and standards research to the materials community. Dr. Hall has been acting director of MSEL, chief of the Office of Intelligent Processing of Materials, and founding director of the Center for Theoretical and Computational Materials Science. Earlier at NIST, Dr. Hall worked on policy and program analysis in the NIST Director’s Office and as a researcher in the Metallurgy Division of MSEL. Prior to joining NIST, he worked in industry; his positions included principal scientist with International Nickel Co. and principal scientist/group leader with American Cyanamid Co.

Since joining The Electrochemical Society in 1977, Dr. Hall has been active in Society and Division affairs. He was chairman and vice-chairman of the Industrial Electrolysis and Electrochemical Engineering Division. He has served on many of the Society’s standing committees as well as the president’s ad hoc long range planning committee. He chaired an ad hoc committee that helped to implement a number of improvements in Society meetings. Dr. Hall represents the Society on the Board of Trustees of the Federation of Materials Societies. He has organized several technical symposia in industrial electrochemistry. Dr. Hall co-authored the Report of the Electrolytic Industries for 1983 and 1984.