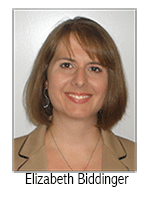 “Scientists and engineers seek to unveil what is possible and to exploit that knowledge to provide solutions to the myriad of problems facing our world,” says ECS Executive Director Roque Calvo. “We are 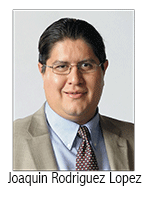 proud to have the continued support of Toyota in this never ending endeavor to uncover new frontiers and face new challenges.”

Global development of industry and technology in the 20th century increased production of vehicles and the growing population have resulted in massive consumption of fossil fuels. Today, the automotive industry faces three challenges regarding environmental and energy issues: 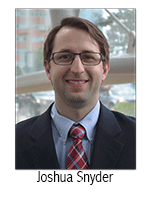 Although the demand for oil alternatives—such as natural gas, electricity and hydrogen—may grow, each alternative energy source has its disadvantages. Currently, oil remains the main source of automotive fuel; however, further research and development of alternative energies may bring change.

“With this year’s winners, we were able to further expand on the number of interesting and innovative technologies covered by this Fellowship,” says Fellowship Chair and manager of Toyota’s North American Research Strategy Office, Paul Fanson. “While the new projects this year focus on traditional applications such as Li-ion batteries and fuel cells, each project proposes unique solutions to known challenges which may also be instructive in other areas. That is the beauty of research. You plant seeds and sometimes unexpected things grow, especially when you are fortunate enough to work with a group of energetic and diverse young faculty such as this year’s winners.”

The selected fellows will receive restricted grants of a minimum of $50,000 to conduct the research outlined in their proposals within one year. They will also receive a one-year complimentary ECS membership as well as the opportunity to present and/or publish their research with ECS.

Professor Elizabeth Biddinger, City College of New York
Industrial Electrochemistry and Electrochemial Engineering Division of ECS
Electrochemical Safety Switch Using Switchable Electrolytes: To examine the use of silylamine reversible ionic liquids that have the ability to have conductivity turned off or on reversibly using carbon dioxide as a trigger for application as a reversible safety switch in high energy density batteries, and the impact of silylamine chemical structure on electrochemical switching properties

Professor Joaquin Rodriguez Lopez, University of Illinois at Urbana-Champaign
Physical and Analytical Electrochemistry Division of ECS
Achieving the Ultimate Performance of Fuel Cell Electrocatalysts via Programmable Electronic Control of Surface Reactivity: To explore the reactive modulation of cathodes for the oxygen reduction reaction using a dynamic surface on which complex perturbations are created during operation and evaluated using advanced electroanalytical tools.

The ECS Toyota Young Investigator Fellowship is an annual program, and the 2017-2018 request for proposals will be released in the fall of 2016.

Leading the world in electrochemistry and solid state science and technology for 114 years, The Electrochemical Society was founded in 1902 as an international nonprofit, educational organization. ECS now has more than 8,000 individual and institutional members in more than 75 countries. Home of the Journal of The Electrochemical Society, the oldest peer-reviewed journal in its field, the ECS Digital Library provides searchable online access to the collection of ECS technical journals and other publications. Find out about how ECS is taking its digital library open access at freethescience.org.

Toyota (NYSE:TM), the world’s top automaker and creator of the Prius and the Mirai fuel cell vehicle, is committed to building vehicles for the way people live through our Toyota, Lexus and Scion brands. Over the past 50 years, we’ve built more than 30 million cars and trucks in North America, where we operate 14 manufacturing plants (10 in the U.S.) and directly employ more than 44,000 people (more than 34,000 in the U.S.). Our 1,800 North American dealerships (1,500 in the U.S.) sold more than 2.8 million cars and trucks (nearly 2.5 million in the U.S.) in 2015 – and about 80 percent of all Toyota vehicles sold over the past 20 years are still on the road today.

Toyota partners with philanthropic organizations across the country, with a focus on education, safety and the environment. As part of this commitment, we share the company’s extensive know-how garnered from building great cars and trucks to help community organizations and other nonprofits expand their ability to do good. For more information about Toyota, visit www.toyotanewsroom.com.