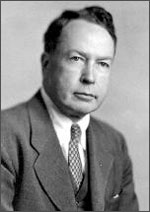 Sherlock Swann, Jr. was born in Baltimore, Maryland on September 30, 1900. He received his B.S. degree from Princeton University in 1922, and his Ph.D. degree in Organic Chemistry from Johns Hopkins University in 1926.