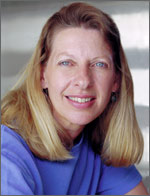 At present, Talbot’s research interests are directed to electrodeposition, electrophoretic deposition of phosphors in the processing of advanced displays, and chemical mechanical polishing. In 1992-1993, she spent a sabbatical year with the Electrodeposition Group at the National Institute of Standards and Technology (NIST) in Gaithersburg, Maryland. She has served as a member of the World Technology Evaluation Center (WTEC) Panel in 1993-1994, member of the Department of Energy (DOE) Advanced Fuel-Cell Commercialization Working Group in 1993-1994, and the Public Director of the Board of Certified Safety Professionals in 1992-1998. She chaired the new Gordon Conference on Electrodeposition in 1996. She has been a consultant to a number of companies.

Dr. Talbot was the Editor of Interface from 1995 to 1998. Other Society activities include chairman of the host committee for the 1986 meeting in San Diego, a member of the Education Committee (and its chairman, 1989-94), Ways and Means Committee, Publication Committee, and the Electrodeposition Division Executive Committee. She coauthored the IEEE Division’s “Report of the Electrolytic Industries” for 1990 and 1991. She has co-chaired many symposia, organized the first few general Society student poster sessions, and co-edited a proceedings volume.