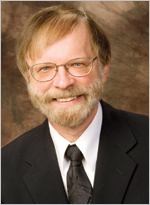 Petr Vanýsek received his undergraduate and graduate degrees in Prague, from the Charles University and the Czechoslovak Academy of Sciences, respectively. After graduation, he made the U.S. his home, first as a postdoctoral fellow at the University of North Carolina at Chapel Hill, then as a Faculty-at-Large at the University of New Hampshire, and then as a tenured faculty at Northern Illinois University. In 2000-2002, Dr. Vanýsek was employed as a principal scientist at ACLARA BioSciences, Inc. in Mountain View, CA, working on the development of new detection schemes in microfluidic systems, data interpretation and instrumentation. At Northern Illinois University, he is a Full Professor of Analytical Chemistry and serves as the Director of Graduate Studies. He is the Treasurer of the Society for Electroanalytical Chemistry and the President of the Federation of Materials Societies.

Dr. Vanýsek’s main research interests have been focused on the electrochemical behavior of the interface between two immiscible phases, both on the analytical applications of such interfaces, as well as on achieving a deeper understanding of their atomic size properties. He is using synchrotron X-rays to probe these interfaces. He has also developed particular expertise in analytical instrumentation and in electrochemical impedance techniques. His research spans both sides of electrochemical interests, the “wet” in electroanalysis and the “dry” in the materials science area.

Professor Vanýsek has authored or coauthored more than 80 journal publications, holds two patents, and has edited and coedited several books and a monograph on the electrochemistry of liquid/liquid interfaces. He has been a member of ECS since 1986 and was first involved for many years on the executive committee of the Chicago Section. He has been Vice-Chair and Chair of the Sensor Division and Secretary-Treasurer of the Physical and Electroanalytical Division. At the Society level, he has served on the Technical Affairs Committee, the New Technology Subcommittee, and is the Past Chair of the Council of Sections. From 2004 to 2008, he served on the Executive Committee as the Secretary of the Society, overseeing the operations of ECS headquarters. He was closely involved in modifying the fundamental Society documents and led the process of merging the Constitution and Bylaws and establishing the new Bylaws that are in effect today. He also helped to establish student groups, including one in Europe. As a representative to the Federation of Materials Societies, he maintains the visibility of ECS at the legislative front.

Dr. Vanýsek has organized or co-organized many symposia, nine of which generated successful proceedings or ECS Transactions volumes. He has also written articles related to the history of the Sensor Division, the history of the Chicago Section, and the role of the Council of Sections. The latter was prepared for the Centennial celebration in Philadelphia. Additionally, he contributes notes to Interface and was a co-editor of two ECS Transactions volumes published from the ECS sponsored satellite conferences on Advanced Batteries, Accumulators, and Fuel Cells.