Voting is open through April 29 for the ECS Industrial Electrochemistry and Electrochemical Engineering (IE&EE) Division officers. We urge all ECS IE&EE Division members to take part in this important election! ECS division officers serve as volunteers. 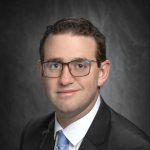 Arges earned a PhD in Chemical Engineering under the guidance of Prof. Vijay Ramani at the Illinois Institute of Technology in 2013. His dissertation examined the alkaline stability of anion exchange membranes (AEMs) for alkaline fuel cells. Other publications from Arges’ PhD include studies on the oxidative stability of PFSA membranes using in-situ fluorescence spectroscopy, and investigating AEM material properties for water electrolyzers and redox flow batteries. He investigated the role of percolation and tortuosity on block copolymer electrolyte conductivity in a postdoc with Professor Paul Nealey (University of Chicago/Argonne National Lab) in the newly formed Pritzker School of Molecular Engineering.

Arges moved to Penn State in fall 2021 as a tenured Associate Professor in Chemical Engineering and affiliated with Penn State’s Consortium of Integrated Energy Systems. He is a co-founder of Ionomer Solutions LLC, a company dedicated to commercializing high-temperature polymer electrolyte membranes, ionomer electrode binders, and ionomer binder resin wafers for fuel cells, hydrogen separations, and deionization. Arges’ more than 50 publications have over 2200 citations. He filed four patent applications.

Arges joined ECS as a student in 2010. He has been involved with the IE&EE division since then, serving on the IE&EE Division Awards committee for several years and as a Guest Editor for the 2017 ECS Interface issue on “Interdisciplinary Research for Next Generation Electrolytes.” An ECS meetings session chair since 2012, he also co-organized numerous sessions since 2017. Arges received the 2021 ECS Toyota Young Investigator Fellowship and 2013 IE&EE Division Student Achievement Award.

ECS and the IE&EE division will play a central role in addressing the greatest challenge of our time—climate disruption. Although transitioning to renewable energy sources and electrifying transportation will undeniably be an integral part of curtailing greenhouse gas emissions, it is paramount to electrify industrial processes and make them more sustainable—especially those in the chemical and materials industry (e.g., ammonia, cement, and steel).

I am humbled by my nomination for the IE&EE Division Secretary/Treasurer position. ECS has been my scientific and technical home since I became a member in 2010. Being considered for a leadership position that is currently held, or was once held, by renowned experts in our field means that, if elected, I will have big shoes to fill.

My vision for the IE&EE division is to maintain momentum and leadership in electrochemical engineering for numerous industrial applications such as electrolysis. I also plan to expand our presence in the growing area of sustainability and environmental engineering, electrochemical separations, specialty chemical production (e.g., Birch reduction for pharmaceutical active ingredient precursors) and using electrochemistry to help decarbonize difficult sectors of the economy such as cement and steel production. In addition to these goals, I plan to work collaboratively with the ECS Energy Technologies Division (ETD) and many other ECS divisions (e.g., BATT, PAE, etc.) because of our shared interests and synergies.

In closing, one important goal I would like to achieve as Secretary/Treasurer is recruiting and engaging more industrial scientists, engineers, and business leaders with stakes in electrochemical engineering. Some of these industrial entities are currently at an arm’s length from electrochemical engineering but have a growing interest due to their goals to decarbonize their processes and make them more environmentally friendly. My plan for greater industry engagement is to hear their needs and visions for electrochemical processes through invited talks at ECS meetings. In my opinion, ECS can be the lynchpin to developing stronger relationships between industry, national labs, and academia. 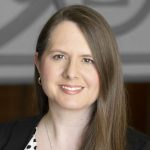 Elizabeth J. Biddinger is an Associate Professor in Chemical Engineering at The City College of New York. Her research interests are in electrochemical reaction engineering for topics that encompass green chemistry and energy concerns. In particular, she is interested in the electrification of chemical processes that transform wastes or renewable resources into valuable materials; chemicals and fuels for decarbonization and sustainability; and the use of ionic liquids and alternative solvents in electrochemical systems and energy storage devices for improved performance and safety. Prof. Biddinger’s research has been recognized with multiple awards, including the 2018 US Department of Energy Early Career Award for investigation of the kinetics and reaction mechanisms for biomass electroreduction; 2016-2017 Electrochemical Society Toyota Young Investigator Fellowship for studying switchable electrolytes for battery safety; and 2014 CUNY Junior Faculty Research Award in Science and Engineering (JFRASE) Sponsored by the Sloan Foundation to study CO2 electroreduction.

Prof. Biddinger has held several leadership roles with ECS including the Industrial Electrochemistry and Electrochemical Engineering (IE&EE) Division Student & Early Career Awards Chair (2014 – present) and Member at Large (2018 – present); Publications Subcommittee member (2017-2020); and Alternate Teller of Elections (2016-2018). She is the founding advisor of the ECS City College of New York Student Chapter (established in 2020). Her leadership positions with the American Institute of Chemical Engineers (AIChE) include Director, Catalysis and Reaction Engineering Division (2017-2019); and Chair (2009-2010) and Vice Chair (2008-2009), Central Ohio Professional Section. She is the Deputy Director of the Center for Decarbonizing Chemical Manufacturing using Sustainable Electrification (DC-MUSE), a center working with academia and industry to mitigate CO2 emissions from chemical manufacturing using renewable electricity-powered processes.

My first technical presentation at any conference was in 2004 as an undergraduate student at ECS PRIME. An ECS member since then, I have been an active member of the IE&EE division since 2013. In my role as the division’s Student & Early Career Awards Chair, I led an ad hoc committee selecting conference travel awards and the division’s two annual student awardees. In 2017, I led the effort to create the division’s first Early Career travel award. On the technical side, I co-initiated the Electrochemical Conversion of Biomass symposium, which has run successfully at three meetings and is planned to run routinely into the future. Currently, I lead the organization of an Electrochemistry for Chemical Manufacturing symposium. By serving on national committees, I created broad connections within the Society and gained a perspective for how ECS operates.

I greatly value the high quality professional and technical interactions that ECS offers. The divisions play a significant role in the value that ECS brings to its membership and the greater electrochemistry community. If elected to serve the IE&EE division, I look to continue to support the history of strong programming and division representation at meetings; increase engagement by the division’s academic and industrial members; increase new members’ participation; and seek new ways to improve these engagements. 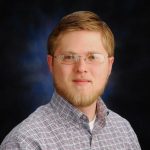 Taylor R. Garrick is an electrochemical engineer and Technical Specialist at General Motors Company (GM) responsible for the development and validation of mathematical models at multiple scales that predict the electrochemical performance of the battery cells in GM’s electrification portfolio. He obtained his PhD from the University of South Carolina under the supervision of John Weidner. He is a licensed Professional Engineer in the State of Michigan.

Prior to joining GM, Dr. Garrick worked with Venkat Srinivasan at Lawrence Berkeley National Lab through the DOE Office of Science, focusing on developing electrochemical-mechanical models that accounted for the volume change of silicon anode active materials and the split in volume change between battery cell expansion and porosity loss.

He joined GM in 2017 as a Battery Modeler in the electrification team with a focus on developing virtual electrochemical tools to understand the impact of volume change at the battery anode on battery pack performance. In 2019, Dr. Garrick moved to the Virtual Design, Development, and Validation organization to focus on the development and validation of electrochemical models to drive battery cell and system design.

The co-author of 20 technical papers, Dr. Garrick co-invented a handful of approaches for the integration of electrochemical models into electric vehicles, which resulted in several patent applications. He coached graduate students in his role as an adjunct professor and graduate advisor. Since joining ECS as a student in 2010, Dr. Garrick has been actively involved and led the development ofa symposia series focused on electrochemical modeling for automotive applications. He is a member of the IE&EE division and currently serves as a Member at Large.

I have been an active member of ECS since 2010, participating in meetings; serving as a reviewer and contributing many technical articles in JES; and planning and chairing symposia. My involvement as an undergraduate and graduate student and industry professional has given me a picture of the impact of ECS on members in various capacities.

The impact of electrochemistry on the world has never been more apparent than it is today. The advent of technology that enables the electrification of transportation and grid storage is driving the need for an increased focus on electrochemical solutions to problems at the industry level.

I particularly enjoy the cross-disciplinary experience at ECS meetings (students, professors, and industrial researchers) and miss face-to-face interactions due to the impact of COVID-19. If elected, my goals would be to continue to expand ECS participation in IE&EE symposia for virtual meetings (though hopefully, no more are necessary) and ensure we have a diverse range of technical participants as we return to in-person meetings. Additionally, I would like to increase the visibility of the division in industry outside of the traditional focus areas, initially in topic areas such as electrochemical device and system engineering for transport applications or grid storage applications, industrial electrochemical engineering for advanced materials and materials that facilitate green energy, as well as electrochemical generation of hydrogen. As an electrochemical engineer in the industry, I noticed a relative decline in industrial speakers in our symposia and would like to change that by inviting more speakers, defraying costs for invited speakers, and creating symposia specifically targeted at a particular industry.

As a supporter of our Free the Science initiative, I would like to work with our technical and associate editors to plan JES Focus issues on specific IE&EE topics. The goal is to combine the latest research developments into an open access body of work for communication within and outside the Society—and communicate the benefit of open access publishing to our division members.

Finally, I want to focus on our student members to ensure that they feel the excitement and benefit of Society membership as I did a decade ago and continue to be involved after graduation throughout their careers.

I would be honored to serve as the Secretary/Treasurer of the IE&EE division, and thank you for considering my candidacy.

Proceed to the electronic proxy ballot and follow these easy steps to cast your vote: