Posted on September 1, 2022 by Genevieve Goldy 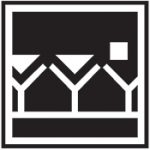 Voting is now taking place for the position of ECS Sensor Division Treasurer. Biographical sketches and statements follow for the candidates nominated for the position. ECS division officers serve as volunteers.

We urge all ECS Sensor Division members to take part in this important election! Voting is open from September 1 through September 29. 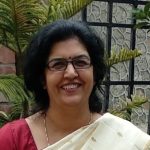 Biography
Partima Solanki is an Assistant Professor at the Special Centre for Nanoscience, Jawaharlal Nehru University. She actively engages in the research and development of biosensors utilizing nanostructured materials for healthcare and environmental monitoring. Her BSc in Life Science, MSc in Zoology, and PhD in Biological Sciences (2000) are from Maharishi Dayanand University. She has participated in numerous research projects including: a project financed by the Ministry of Forest and Environment, Council of Scientific Industrial Research (CSIR) Institute of Genomics and Integrative Biology (2001-2002); Senior Research Associateship (Scientists’ Pool Scheme), Council of Scientific Industrial Research (CSIR) (2006-2009) and Research Associate (2003-2006); COE Programme Visiting Research Scientist, Tokyo Institute of Technology (2005); and Fast Track Scheme for Young Scientists, National Physical Laboratory, Department of Science and Technology (2009-2012).

At Jawaharlal Nehru University, Dr. Solanki taught over 30 MSc/MTech students and supervised 10 PhD students. She actively participates in national and international committees and collaborates extensively with important scientists at the national international level. Dr. Solanki is an Associate Editor of ECS Sensors Plus, Journal of The Electrochemical Society, and IET (Institute of Engineering and Technology) Nanobiotechnology, Applied Research. She is a member of The Electrochemical Society and ECS Jawaharlal Nehru University Student Chapter Faculty Advisor. She also worked as a Guest Editor in the Topic Interest Area of women in nanomedicine for the ECS focus issue on Women in Electrochemistry.

The co-author of more than 200 research papers published in reputed journals and 16 International book chapters, Dr. Solanki has 8,551 citations, H-index 51, and i10-index 136 (per Google Scholar). Two of the 15 Indian patents she filed have been granted. Dr. Solanki delivered invited lectures on national (35) and international (20) platforms including conferences, seminars, and symposiums. She serves as a founding member and life member of various scientific societies. She received the 2019 Visitor’s Award for Research (Physical Sciences) from the President of India.

Statement of candidacy
Dr. Partima Solanki currently works as a group leader in the Nanobiosciences program at the Special Centre for Nanoscience (SCNS) at Jawaharlal Nehru University (JNU). She has around 20 years of experience in developing sensors/biosensors for the detection of analytes such as bacteria, vitamin D, cancer biomarkers, antibiotics, etc. She received funding from Biotechnology Ignition Grant Scheme (BIG) to establish a startup based on a device for vitamin D3 detection which she developed using her expertise in designing biosensing devices/prototypes. Dr. Partima Solanki received the 2019 Visitor’s Award for Research (Physical Sciences) from the President of India for her exceptional work in the area of biosensors. The Government of India’s Department of Science and Technology gave her a grant under the Biomedical Device Technology Development Programme for developing biosensing systems to detect cancer biomarkers in patient samples. Currently, she is Associate Editor of ECS Sensors Plus, and Journal of The Electrochemical Society. She was Guest Editor of the Focus issue on Women in Electrochemistry and Topic Editor for Women in Nanomedicine. She has authored more than 200 research papers published in reputed Journals with citations as 8551, H-index 51, and i10-index 136 (per Google Scholar).

She is an active member of The Electrochemical Society and ECS Jawaharlal Nehru University Student Chapter Faculty Advisor. Due to her deep interest in the field of electrochemical sensors, she feels committed to promote this field through her engagement with ECS. She has been engaged in promoting ECS at the national and International level, advising students and young faculty members to join ECS with the ECS Sensors Division as their primary division. After founding the chapter at JNU, she initiated a drive to create more student chapters at different Indian and international institutions. She is an active member of various scientific societies through which she intends to connect people to ECS. She also intends to increase the inflow of research articles by creating several special issues and programs at the ECS Sensor Division. Dr. Solanki will also put energy toward negotiating with different institutional libraries in India and other countries to subscribe to ECS journals. She is widely connected with various international institutions and has collaborations in more than 15 countries such as Japan, United States, Singapore, South Korea, Sweden, Germany, Israel, and others through which she intends to popularize the Society and its journals. She feels deeply committed to The Electrochemical Society and will attend all future ECS biannual meetings and start new symposia as a lead organizer to galvanize the global scientific community. 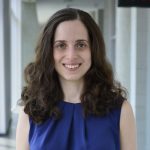 Biography
Dr. Leyla Soleymani received her PhD in Electrical and Computer Engineering from the University of Toronto in 2010 and joined McMaster University in 2011. Dr. Soleymani is currently an Associate Professor in the Departments of Engineering Physics and Biomedical Engineering at McMaster and is a University Scholar and the Canada Research Chair (Tier II) in Miniaturized Biomedical Devices. Dr. Soleymani’s research focuses on developing electrochemical sensor technologies for rapid disease diagnostics and health monitoring.

Dr. Soleymani received the Ontario Early Researcher Award in 2016, the Engineering Innovation of the Year Award from the Ontario Society of Professional Engineers in 2020, and the Grand Prize for Tech Brief’s Create the Future Contest in 2020 for her work on biosensors and biointerfaces. Dr. Soleymani has over 75 high-impact publications and holds several patents in the areas of biosensing and biointerfaces with multiple electrochemical diagnostics technologies licensed to pharmaceutical and biotechnology companies.

During her time in academia, Dr. Soleymani has served her university, faculty, and department through several committees and initiatives. Most importantly, she has helped the Faculty of Engineering strengthen its research cluster focused on Biomedical Engineering; worked on campaigns to enhance equity, diversity, and inclusion in student recruitment; served as a liaison to the Faculty of Health Sciences to enhance inter-faculty collaboration and team building; and served on several committees for faculty hiring, recruitment, and Research Chair selection. An active member of the ECS Sensor Division, Dr. Soleymani and has served as symposium organizer and co-organizer, and on multiple award committees for the division.

Candidacy Statement
I am a multi-disciplinary researcher in the area of biological sensing, with the goal of translating new sensor technologies to the clinic. In my academic journey, I have participated in multiple scientific communities; however, through encouragement from ECS Sensor Division members, I started getting involved with the division over the past decade. Through interactions with the ECS sensors community, I have come to consider ECS as my home society and have worked with the ECS sensors team in co-organizing and organizing symposia, chairing sessions, and evaluating awards applications. As treasurer, I would like to take a more active role in the ECS community and serve the Society by taking part in fundraising and overseeing the ECS Sensor Divisions finances. I also want to continue giving back to the community by helping organize symposia in emerging areas such as wearable and continuous monitoring sensors and translatable clinical biological sensors. I will also work with the ECS Sensor Division to promote diversity and multidisciplinarity and organize symposia that represent inclusive excellence. This will be a new and exciting challenge for me. I hope to collaborate with the ECS Sensor Division and other ECS staff and members to give back to the community while growing as a scientific leader.

Proceed to the electronic proxy ballot and follow these easy steps to cast your vote: