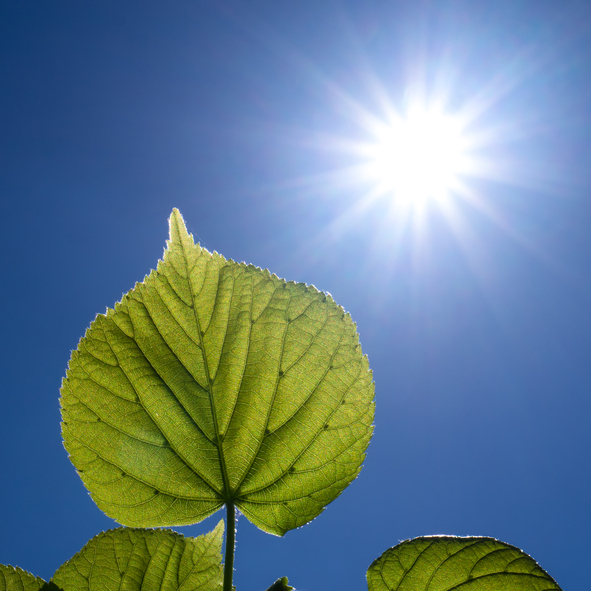 Researchers have traced the paths of three water channels in an ancient photosynthetic organism—a strain of cyanobacteria—to provide the first comprehensive, experimental study of how that organism uses and regulates water to create energy.

Photosynthesis is the chemical conversion of sunlight into chemical energy via an electron transport chain essential to nearly all life on our planet. All plants operate by photosynthesis, as do algae and certain varieties of bacteria.

To convert sunlight into a usable form of energy, photosynthetic organisms require water at the “active site” of the Photosystem II protein complex. But the channels through which water arrives at the active site are difficult to measure experimentally. Reactive oxygen species are produced at the active site and travel away from it, in the opposite direction as water, leaving a “damage trail” in their wake.

“We identified the damaged sites in Photosystem II using high-resolution mass spectrometry and found that they reveal several pathways centered on the active site and leading away from it all the way to the surface of the complex,” says lead study author Daniel A. Weisz, a postdoctoral researcher in biology at Washington University in St. Louis.

“We propose that these pathways represent channels within the complex that could be used to deliver water to the active site,” he explains.

“Photosystem II has a very complex mechanism, and it’s really important to understand its processes and evolution,” says Himadri B. Pakrasi, a professor and director of the International Center for Energy, Environment, and Sustainability who has researched cyanobacteria extensively for more than 25 years.

“There is a growing interest in green energy, and our knowledge of this enzyme’s behavior could someday be put to use to create an artificial system that mimics the real enzyme to produce an abundant amount of sustainable energy.”

The active site of Photosystem II is a cluster of manganese, calcium, and oxygen ions buried deep within the complex, far away from the watery medium of the cell. Researchers have long speculated that the active site, or manganese cluster, must have a channel system, and theoretical, supercomputer-generated models tenuously have predicted their existence. But water motion is hard to characterize experimentally.

The researchers took a roundabout path to delineate the channels. The “damage trail” comprises 36 amino acid residues from essentially three proteins found near the manganese cluster by a highly sophisticated mass spectrometer.

The instrument is part of the Mass Spectrometry Research Resource, which study coauthor Michael L. Gross, professor of chemistry, of immunology and pathology, and of medicine in the School of Medicine at Washington University in St. Louis, directs.

The “damage trail” is similar to that caused in a protein footprinting approach Gross developed, where researchers purposefully modify proteins with free radicals to map out solvent exposure. In this study, the modifications take place naturally where the protein is exposed to water solvent.

These damaging reactive oxygen species, also known as radicals, emanate and disperse from the cluster outward toward the cell’s watery medium. The radicals pass through Photosystem II like a tornado, attacking and damaging the nearest amino acid components of Photosystem II that they encounter along their path.

Because the radicals and water have similar properties, such as size and hydrophilicity, the researchers propose that the damage trail pathways going out from the cluster are very similar to the paths that water takes inward toward the active site.

“We’re directly observing the paths that the radicals take, not those of water,” Weisz says. “But given the radicals’ similar properties to water as well as previous computer modeling results, we believe that those pathways are the same ones that water takes inward.”

Such an approach to discovering the water channels is considered a proxy because it’s based on the movement of the highly reactive radicals and not of the water itself.

The proxy, Weisz says, “is like leaving a trail of bread crumbs along a path in the forest. If someone is able to find the bread crumbs, they can retrace the path taken out of the forest.”

The researchers identified the many damaged residues because of the incredible accuracy, speed, and sensitivity of Gross’ mass spectrometry instrument.

“With earlier instruments that were slower and less sensitive, it was harder to confidently identify large numbers of damaged sites,” Weisz says. “The powerful capabilities of this instrument enabled us to obtain these results.”

“Cyanobacteria are the progenitors of chloroplasts in plants,” Pakrasi says. “Photosystem II is conserved across all oxygenic photosynthetic organisms. We know for sure that nature devised this machine only once, then transferred it from cyanobacteria to algae and to plants.”

The researchers report their findings in the journal Science Advances.