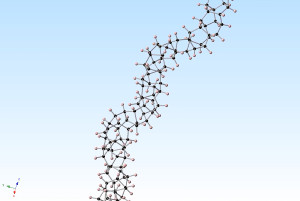 The study was published on September 21 in Nature Materials.

This discovery comes nearly a century after failed attempts by other labs to compress separate carbon-containing molecules into an ordered, diamond-like nanomaterial.

However, parts of the first diamond nanothreads appear to be somewhat less than perfect – thus a goal is to improve upon the structure and figure out how to make nanothreads under more practical and larger scale conditions.

Want to learn more about nanomaterials? Head over to ECS’s Digital Library and check out the latest research in the field.