Highlights from the 227th ECS Meeting 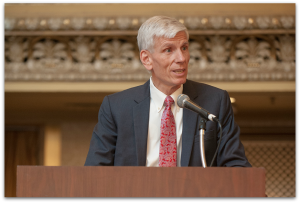 Plenary Session
ECS President Paul Kohl opened the meeting by providing an update on the new fellowship with Toyota Research Instituted of North America, and highlighting the Society’s continuing growth in the open access initiative. Attendees also got their first glimpse of the Official ECS Trading Card Series, with every person at the plenary receiving an Allen J. Bard trading card. 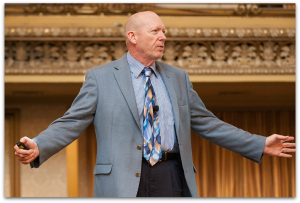 The ECS Lecture
“Hydrogen from Photoelectrochemical Water Splitting – What’s it gonna’ take?” was the title of the ECS Lecture given by Dr. John A. Turner, Research Fellow at the National Renewable Energy Laboratory. He highlighted novel developments in solar-to-hydrogen efficiencies, challenges and opportunities facing the photoelectrochemical (PEC) community, and PEC solar water splitting systems that could lead to commercial devices. His discussion also focused on metal oxides, surface treatments, and tandem cells for PEC water splitting. Listen to Dr. Turner’s podcast to learn more about PEC water splitting and the future of the energy infrastructure. 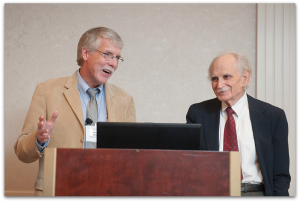 Award Highlights
The first biennial Allen J. Bard Award was presented to Henry White. Dr. White is currently the Dean of the College of Science at the University of Utah. He is a world leader in the field of electrochemistry, performing pioneering research in energy storage and fundamental studies of reduction-oxidation reactions and electron-transfer reactions, and the structure of interfaces between metals and solutions.

PS: The designer of the award was present at the meeting. Take a look at her novel design rooted in electrochemistry. 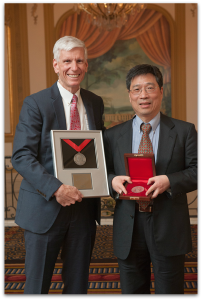 The Gordon E. Moore Medal for Outstanding Achievement in Solid State Science and Technology was presented to Yue Kuo. Dr. Kuo’s work in solid state science and technology has yielded many innovations and has had an immense impact in the scientific community. He is currently the holder of the Dow Professorship at Texas A&M University of Chemical Engineering, where his research focuses on the interdisciplinary nano and microelectronics area.

The award was established in 1971 to recognize distinguished contributions to the field of solid state science. Dr. Kuo presented his address entitled, “Research on Nano and Giga Electronics – Breakthroughs Along the Path” at the meeting.

There were 12 Division and Section awards: 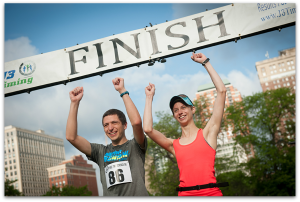 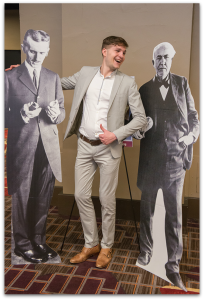 Gene Nolis, graduate student in chemistry at the University of Illinois at Chicago, posing with Tesla and Edison outside the Edison Theatre

Student Poster Contest
The student poster session awards were handed out by ECS President, Paul Kohl. The winners were: 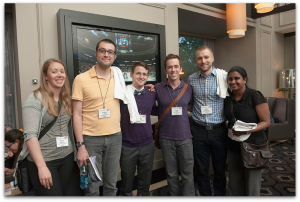