Highlights from the 228th ECS Meeting 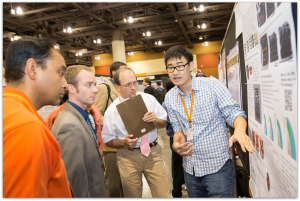 Plenary Session
ECS President Daniel Scherson opened the meeting with an update on the Society’s Free the Science initiative, a major endowment campaign allowing all ECS content to be open access—providing it at no cost to anyone—free to all authors, readers, and libraries. Attendees also got some insight into the fifth international ECS Electrochemical Energy Summit and a look at the Society’s plans for Open Access Week. 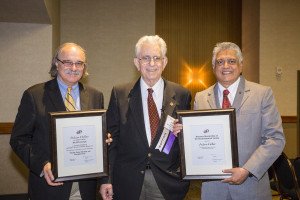 The ECS Lecture
“Wealth, Global Warming and Geoengineering” was the title of the ECS Lecture given by Adam Heller, Research Professor and Professor Emeritus at the University of Texas at Austin’s McKetta Department of Chemical Engineering. His talk focused on the underlying cause of the rapid rise in carbon dioxide emissions and increased energy consumption, which Heller states is due to the rise in global wealth and growth of the world’s population. Additionally, Heller stressed the need for research and development in areas of geoengineering—specifically altering the albedo to reflect more sunlight and iron fertilization of the southern oceans—in order to stop the ever-increasing effects of climate change. 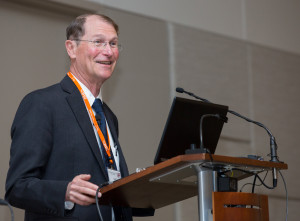 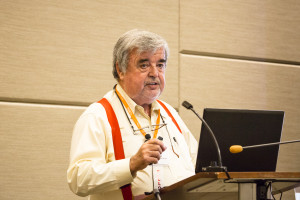 Award Highlights
The Olin Palladium Award was presented to Digby D. Macdonald. He is the currently a  Professor in Residence at the University of California, Berkeley. His work on passivity and passivity breakdown has been highly recognized among the scientific community. 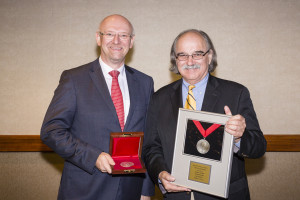 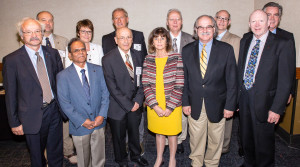 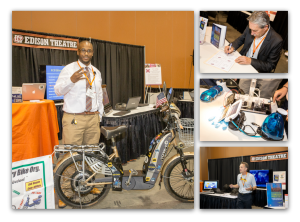 Edison Theatre
ECS’s Edison Theatre hosted a variety of live demonstrations and presentations ranging from electric transportation to hydrogen-powered cars. Telpriore Greg Tucker’s electric bike demonstration gave an insight into the future of sustainable transportation. Slobodan Petrovic showed attendees the importance of bringing solar power to remote areas of Africa through his Solar Hope presentation. Other demonstrations included the Colorado School of Mines presenting the technology behind hydrogen-powered vehicles and a Q&A session with Philippe Marcus, one of the authors of the new ECS monograph Molecular Modeling of Corrosion Processes: Scientific Development and Engineering Applications. 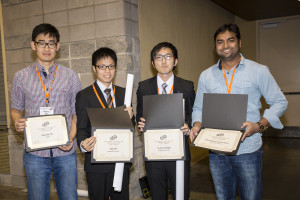 ECS Summer Fellowships
ECS is happy to acknowledge the Jiang Family Foundation and MTI Corporation for their generous contribution to support the Colin Garfield Fink Summer Fellowship over the course of the next 5 years. 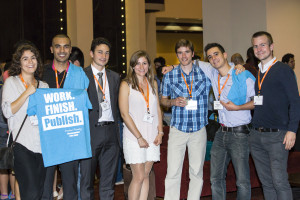 Student Mixer
Monday night’s student mixer was a sellout, attended by over 200 students.

Exhibitors
Special thanks goes to all the meeting sponsors and exhibitors, who showcased the tools and equipment so critical to scientific research.