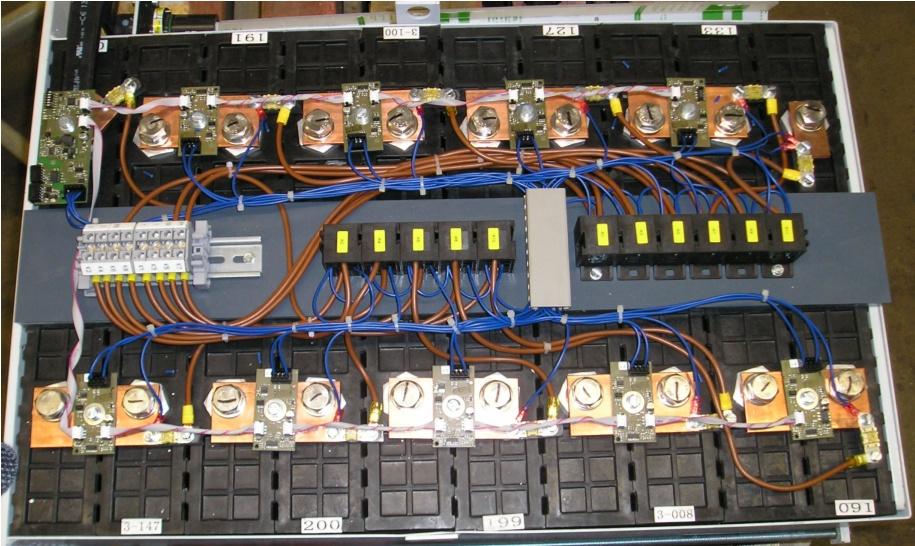 Methods combining EIS with charge-discharge cycles are among the most powerful tools available to collect in-situ information about electrochemical systems such as battery cells and stacks. However, accurately measuring the rapidly-changing states of the electrodes, electrolytes, and other non-steady-state materials within battery systems is a challenge.

This issue is particularly troublesome when changes in state occur at timescales even shorter than a single charge-discharge cycle or single EIS frequency sweep. Accurately interpreting results from an EIS measurement requires either making the ill-advised assumption of steady-state conditions throughout the duration of a frequency sweep, or accounting for drift effects by using modeling tools that are often time-consuming or ineffective.

One proposed solution is combining 1) parallel EIS measurements, 2) automatic drift correction of the measured time dependent signals, 3) time interpolation by series measurements, and 4) application of a data validation algorithm, for example the Z-HIT algorithm, for data post-processing. As opposed to traditional sequential EIS of a battery stack, parallel EIS is a valuable approach that not only saves time, but eliminates the issue of data drift from non-steady-state conditions originating from sequential measurements. This benefit is a consequence of impedance data being collected throughout the entire system at the same time, rather than just one cell at a time.

Precautions must be taken during the data collection phase to limit any instances of drift signals being incorrectly assigned as an actual reaction or response by the cell or stack being measured [1]. Using the Z-HIT algorithm [2], “non causal” spectra from Kramers-Kronig relations can be converted into corrected spectra by interpolation of the spectra series vs. time and by removing residual “non-causal” spectra. The Z-HIT algorithm has the unique ability to reconstruct drift-affected data [3], and is the transform exclusively used within Zahner’s modeling and simulation software.