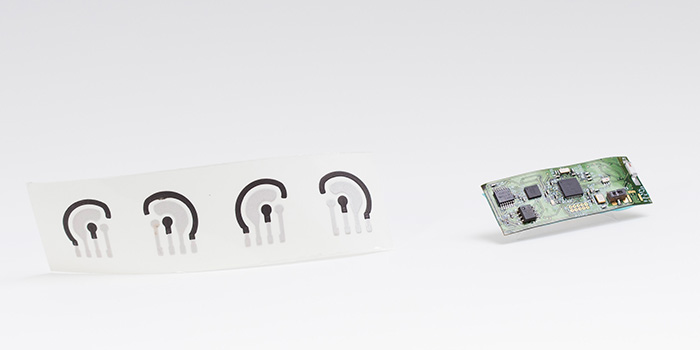 [The device is] equipped with screen-printed electrodes and a small hydrogel patch containing pilocarpine, a drug that passes through the skin and induces sweat. [The group] developed the printed flexible electronic circuit board that powers the tattoo and can communicate wirelessly with a mobile device. His team also developed the magnetic connector that attaches the electronic circuit board to the tattoo, as well as the device’s phone app.

Next steps for this device include developing a 24-hour monitoring system.