One of the joys of Halloween is the freedom to dress up as anyone or anything you want for the entire day. Why not take the opportunity to dress up as someone you admire, like a scientist! So many who’ve made history are unconventional, quirky, and undeniably impressive; you’ll be sure to leave a lasting impression yourself! Here are our top 8 science-themed Halloween costume ideas for males, females, parents, and couples. Check it out: 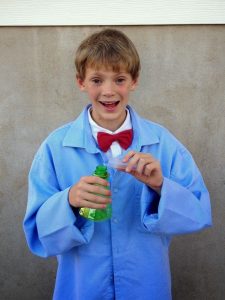 If you were around during the 90’s, you know Bill Nye made science fun, cool, and entertaining with his hit TV show, forever leaving a mark on pop culture history. Who wouldn’t want to be him?!
Image: Thrive 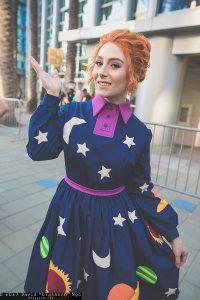 I mean, come on, it’s Mrs. Frizzle. Parents love her. Kids adore her! Taking 90’s kids on field trips through space, air, land, and time on the Magic School Bus, we could only dream of! Many aspire to be her. Take a look for yourself.
Image: Pinterest 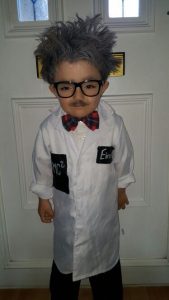 When your name becomes a well-known synonym for genius, you know you left your mark in history. Be one of the world’s most famous scientists this Halloween!
Image: Pinterest 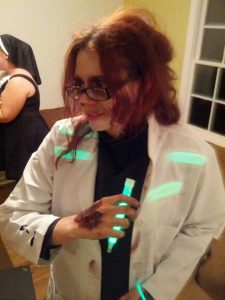 Her work in radioactivity helps treat illness, although it contributed to her own illness and death in 1934. She is a woman to be admired!
Image: Instructables 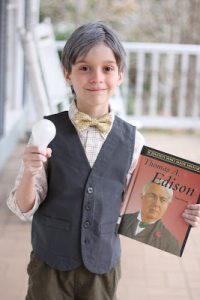 Thomas Edison, an ECS member when he was alive, is described as America’s greatest inventor with inventions like the phonograph, light bulb, and motion pictures (to name a few) under his belt. The easy DIY costume only requires some grey hairspray, a vest, bowtie, and bulb!
Image: The Blue House Chronicles 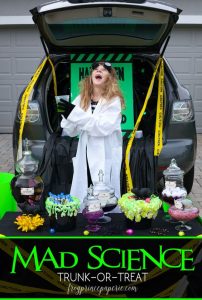 Let’s face it, scientists are known for being a little “eccentric.” Why not embrace it?
Image: Frog Prince Paperie 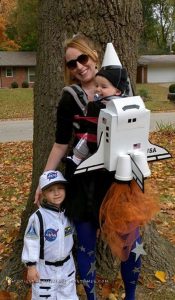 Parents, this one is for you! Join in the fun. Use yourself as a backdrop to this NASA inspired costume.
Image: Coolest Homemade Costumes 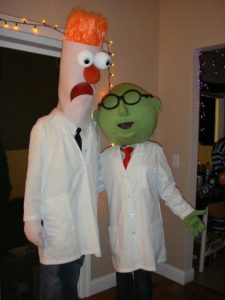 As all couples can understand, each person has a unique, special dynamic with their partner, as Doctor Bunsen and Beaker did. Beaker, for example, lived in a permanent state of shock as Doctor Bunsen conducted wild and outlandish experiments throughout The Muppet Show. This dynamic duo is amusing, fun, and perfect for two!
Image: Coolest Homemade Costumes