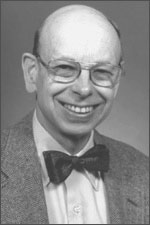 In 1956, Dr. Frankenthal joined the Applied Research Laboratory of the U.S. Steel Corp. in Monroeville, PA to work on the corrosion of tin and tin plate. In 1960, he transferred to the Edgar C. Bain Laboratory for Fundamental Research of U.S. Steel, where he conducted research on passivation and localized corrosion of iron and ferrous alloys, mechanisms of electrode reactions, and application of new surface analytical and electrochemical techniques to corrosion research.

Dr. Frankenthal was a member of many government, university, and professional advisory panels. He was Communication Editor of the Journal of Materials Research. In 1970, he was Chair of the Gordon Research Conference on Corrosion.