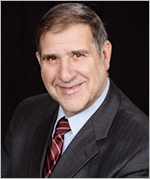 Robert F. Savinell was born in Cleveland, Ohio on May 26, 1950. He received his BChE degree from Cleveland State University and his MS and PhD degrees in chemical engineering from the University of Pittsburgh in 1974 and 1977, respectively.

In 1979 he left industry and joined the Chemical Engineering Faculty of the University of Akron where he taught chemical engineering courses, advised students, and started his research program in electrochemical engineering. He was recognized by the US National Science Foundation with a Presidential Young Investigator Award in 1984. In 1985, Savinell left UA to join the Chemical Engineering Faculty of Case Western Reserve University. He was promoted to professor in 1989. Savinell served as the Director of the Ernest B. Yeager Center for Electrochemical Sciences from 1989 to 2000. He was Associate Dean of Engineering from 1998-2000, and then served as Dean of Engineering from 2000-2007. Savinell returned to the ranks of the Faculty of Engineering where his teaches chemical engineering and university-wide seminar courses at both the undergraduate and graduate level. The university recognized Savinell’s academic accomplishments in 2013 with the highest honor it gives to faculty members by awarding him the lifetime title of Distinguished University Professor.

His research interest has been directed at fundamental engineering and mechanistic issues of electrochemical systems/device design, development, and optimization. He applies mathematical and experimental techniques to achieve an understanding of the interactions among kinetics, thermodynamics and transport processes at interfaces within electrochemical systems. The technologies he has worked on include batteries, sensors, chlor-alkali synthesis, bromine recovery, wastewater treatment, high surface area electrode electrolysis, fuel cells of several types, electrochemical capacitors, and electrolysis cells of various types. In recent years he has focused his efforts on chemistries, materials and designs for flow batteries for large scale energy storage. Savinell is the co-inventor of PBI/H3PO4 high temperature proton conducting membrane for fuel cells and other electrochemical applications. He also introduced several novel flow battery approaches for large scale energy storage.