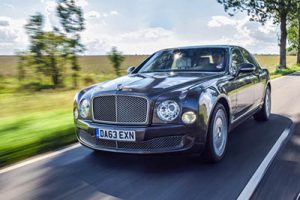 Hallmark says battery technology has not evolved to the point where it would be possible to develop an ultraluxury electric vehicles, according to Tires and Parts.
The CEO says the battery cell power density currently available limits the size of the car and driving range, but that doesn’t mean he envisions a future without electrically runned Bentleys, on the contrary, to Hallmark, it’s all about timing.

In an interview with Automotive News Europe, Hallmark said he does not believe electric vehicle battery technology will be advanced enough to power a pure electric Bentley until around 2023 to 2025. For that reason, he’ll wait it out.

Although, Hallmark says he is fully aware that 40 percent of Bentley customers would consider switching to an electric car.

But, it will be worth the wait according to the CEO. He says once the technology is ready, Bentley’s first electric car would likely “redefine grand touring” with a long cruising range.

The meeting offers a space for scientists, engineers, and industry leaders around the world to come together and share the latest scientific and technical developments in electrochemistry and solid state science and technology. Don’t miss the opportunity to discover your community.

Download this episode and others for free on the iTunes Store (search “ECS Podcast”), SoundCloud, or our RSS Feed.