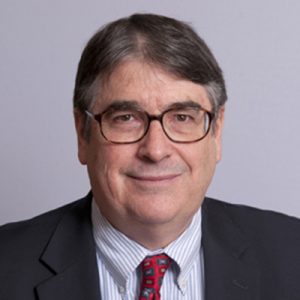 Dennis Corrigan’s connection to the ECS community came quite naturally. He had been an ECS member since the 1970s, and when he moved to Detroit to work at General Motors Research Laboratories in 1979, he was naturally inclined to become involved with the ECS Detroit Section.

“We had a very large Electrochemistry Department at GM Research Labs of over 60 people and most were active members of the Detroit section. They didn’t have to twist my arm too much to join,” laughed Corrigan, who today is the chair of the ECS Detroit Section.

The section meetings acted as a gateway for Corrigan to meet other electrochemists in the field with different areas of expertise. His passion for electrochemistry made it hard to resist.

“The section allowed me to figure out what was happening more generally than just at GM Research Labs,” said Corrigan, an adjunct mechanical engineering professor at Oakland University and founder and president of DC Energy Consulting, LLC.

The same of which is true today.

“It’s a strong mix of university, auto company, and battery company attendees. We have a pretty big base,” said Corrigan. “We’re fairly informal, so it’s a good opportunity to meet people and to connect with people interested and involved in electrochemistry. Networking is a big part of it.”

In addition, the Detroit section offers a more easily accessible option to national meetings, which are not always possible for some to attend.

“It’s a good way to get in several great talks per year without traveling out of town,” said Corrigan.

Today, auto companies including GM, Ford, Chrysler, Toyota, Nissan, and Mercedes Benz continue to remain a pillar of the section. In the last decade there has also been a ramp up of battery manufacturing in Michigan prompting participation by LG Chem Power, A123, XALT, Bosch Battery, Navistas, and Samsung.

“Since General Motors’ move from Honeoye Falls, NY to the Detroit area a few years back, there are now a larger amount of activities in fuel cells to support that business unit. Furthermore, there is a lot of funding in battery research and development that has resulted in a sizeable amount of research going on at local universities, including University of Michigan, Michigan State University, Wayne State University, Oakland University, and also Kettering University,” said Corrigan. “The section continues to focus on batteries, fuel cells, and transportation power applications in auto companies.”

Corrigan says those attending an ECS Detroit Section can expect to hear a variety of topic presentations.

“We host technical talks on specific technical areas related to electrochemical devices, such as batteries. We also will bring in people to talk about applications and market areas, such as opportunities for electric buses,” explained Corrigan. “For example, we had a talk on batteries for grid and energy storage, so we don’t just have very deep technical talks. We focus on all areas to better understand the opportunities for electrochemistry in general.”

ECS Detroit Section meetings typically kick-off with two to three student poster presentations, a feature presentation, followed by 30 minutes of commentary and feedback—although hot topic discussions have been known to carry on longer, and lastly, a social hour.

Corrigan says what’s particularly nice about the Detroit section’s student poster session is the quality of attention the students receive.

“When there are 20 or 30 posters, not everybody can see all them. With two to three posters, students can get more personalized feedback from professionals with experience in this field,” explained Corrigan.

Helping others is part of the reason why he went on to eventually become the chair of the Detroit section.

“I enjoy the opportunity to mentor people getting into electrochemistry. I’ve had people that helped me along the way, and I enjoy doing the same for younger people,” said Corrigan. “I also like the opportunity to be involved in inviting speakers and networking with people in the field.”

“I’m not into fishing, so I guess electrochemistry is kind of my hobby,” laughed Corrigan.

Neil Johnson, manager of battery and electrical systems for Gen Ze, will be providing a presentation on 2-Wheel Vehicle Electrification Technologies.

The meeting will be held on campus at Lawrence Technical University (LTU) in Southfield, MI. We will be located in Building #5, Taubman Welcome Center, 4th floor, room 406. Timing of events is as follows:

Dinner will be provided at $20 (rate reduced to $10 for students, postdocs, and interns). Those interested in attending may register for the event online at ECS Upcoming Events.

For more information on this meeting and future meetings, email Dennis Corrigan directly at dennis.a.corrigan@comcast.net.

You can also join the Detroit Section, contact customerservice@electrochem.org.