ECS Members in the 2020 Class of Highly Cited Researchers

Posted on February 9, 2021 by Frances Chaves 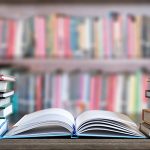 The Electrochemical Society is proud to announce the Society’s distinguished members recognized as 2020 Highly Cited Researchers. The prestigious list, published by the Web of Science Group at Clarivate Analytics, identifies scientists and social scientists who produced multiple papers ranking in the top 1% by citations for their field and year of publication, demonstrating significant research influence among their peers.

ECS Fellows Yuri Gogotsi, Arumugam Manthiram*, and Yang-Kook Sun are among the 5.2% of all Highly Cited Researchers appearing in two fields—in their case, Chemistry and Materials Science. ECS members Rodney S. Ruoff* and Qiang Zhang are also recognized in these two fields while Ji-Guang Zhang was included in both the Materials Science and Engineering lists.

The research on electrochemistry and solid state science and technology of the following ECS members is shaping the scientific discourse.

The Society has an impressive number of student chapters at institutions (universities, government agencies, or other entities) with 24 or more Highly Cited Researchers—including two universities in the top 10: University of California, Berkeley (#6) and Tsinghua University (#9). ECS also has student chapters at the following academic institutions included on the list:

Congratulations to all! If we missed your name, please let us know and we will update accordingly.