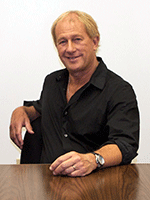 Commercial introduction of Li-ion technology in 1991 accelerated the adoption of consumer electronic devices, cordless power tools, and ultimately electric vehicles. Over the past 30 years, Li-ion batteries have transitioned from being a step-change technology to a commodity. As cost became the driver for scaling, manufacturing moved from Japan, to Korea, and then to China. Chinese companies have secured a global supply chain for Li-ion manufacturing, effectively locking out most foreign competition. The unrelenting demand for smaller, lighter weight rechargeable batteries will be satisfied either by small incremental improvements to Li-ion over time, or through the introduction of disruptive step-change technologies. PolyPlus Battery Company has developed several step-change technologies, including Lithium-Seawater batteries which are in the process of being commercialized, and advanced rechargeable lithium metal batteries based on ultra-thin conductive sulfide glass electrolyte sheet. The critical component for this advanced technology is the thin solid electrolyte sheet separating the lithium metal anode from the metal oxide cathode. Solid electrolytes are typically either polymeric, polycrystalline, or vitreous (glass). Polymer electrolytes can be produced in volume at competitive prices, but they are only conductive at elevated temperatures, and therefore unsuitable for most consumer applications. A variety of polycrystalline solid electrolytes exhibit high ionic conductivity at room temperature but are unsuitable for rechargeable battery applications due to their extremely high manufacturing costs, even at large volumes. Ultra-thin silicate glass has already been globally scaled for a variety of consumer applications including cell phones and large flat screen displays. PolyPlus is using similar manufacturing technology to scale ultra-thin conductive sulfide glass for advanced lightweight batteries. In this presentation, a number of strategies are discussed for large scale manufacturing of next generation solid electrolyte batteries including the significant performance advantages offered by these technologies, and the path to cost parity with current Li-ion batteries.

Steven Visco is the Chief Executive Officer, CTO, and founder of PolyPlus Battery Company in Berkeley, California, as well as a Guest Scientist in the Materials Science Division at the Lawrence Berkeley National Laboratory. Dr. Visco currently holds 127 US patents, more than 200 international patents, and has authored over 80 journal articles, as well as books, monographs, and other publications. He graduated with a BS in Chemistry from the University of Massachusetts in 1977 and received his PhD in Physical Chemistry from Brown University in 1982. Dr. Visco joined the staff at the Lawrence Berkeley National Laboratory as a Principal Investigator in the Materials Sciences Division in 1984 where his research interests have included advanced batteries and fuel cells. He co-founded PolyPlus Battery Company in 1991. In 2013, Dr. Visco was selected by the City of Berkeley for a “Visionary Award” for his work in next generation batteries. He serves on the Technical Advisory board of the CIC Energigune Institute in Miñano, Spain, and was awarded the 2011 International Battery Association Award for “Outstanding Contributions to the Development of Lithium-Air and Lithium-Water Batteries.” PolyPlus Battery Company was selected by TIME magazine for its 50 Best Inventions of 2011 Issue, and a Gold Edison Award in 2012. In May 2015, Dr. Visco was elected a Fellow of The Electrochemical Society.