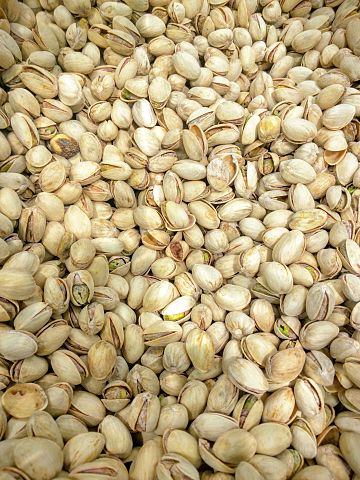 A recent pistachio recall is bringing Salmonella and other foodborne illnesses back into the national spotlight. The popularity of the in-shell pistachio brands recalled paired with the long shelf-life of the nut has health experts concerned for the potential of the foodborne illness to spread rapidly. Many are again asking: how can we better control food safety?

Shin Horikawa and his team at Auburn University believe their novel biosensor technology could resolve many of the current issues surrounding the spread of foodborne illnesses. As the principal scientist for a concept hand-picked for the FDA’s Food Safety Challenge, Horikawa is looking to make pathogen detection faster, more specific, and cheaper.

“The current technology to detect Salmonella takes a really long time, from a few days to weeks. Our first priority is to shorten this detection time. That’s why we came up with a biosensor-based detection method,” Horikawa, Postdoctoral researcher at Auburn University and member of ECS, says.

Horikawa and his team’s concept revolves around the placement of a tiny biosensor—a sensor so small that it’s nearly invisible to the human eye—on the surface of fresh fruits and vegetables to detect the presence of pathogenic organisms such as Salmonella. This on-site, robust detection method utilizes magnetoelastic (ME) materials that can change their shape when a magnetic field is applied. The materials respond differently to each magnetic field, changing their shapes accordingly. This allows the researchers to detect if a specific pathogen—such as Salmonella—has attached to the biosensor.

“Our technology could be used on-site. It’s really rapid. Salmonella can be detected anywhere from two to 10 minutes. The FDA’s current fastest method takes close to 26 hours,” Horikawa says.

Foodborne illness in the United States

According to the CDC, 1 in 6 people in the United States is sickened by a foodborne illness annually. Approximately 3,000 deaths can be traced to foodborne illnesses, resulting in an overall cost of $77 billion per year.

In order to help combat this issue, the FDA reached out to scientists, entrepreneurs, and innovators to develop new methodologies to improve foodborne pathogen detection. The research by Horikawa and his team was picked as one of the top five finalists for the FDA Food Safety Challenge due to its novel use of a phage-based ME biosensor.

The advantages of phage

Additionally, the phage-based biosensor has a high degree of specificity. With this technology, pathogen detection could be applied to virtually any environment.

“If I want to detect Salmonella or any type of bacteria in irrigation water, lakes, in milk, or apple juice; we can synthesize phage in that specific environment,” Horikawa says.

As of March 13, 11 people in nine states were infected with Salmonella due to tainted pistachios.