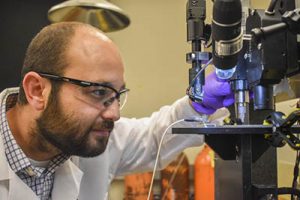 Living with any disease isn’t easy. In particular, when it comes to living with diabetes, it involves an imposed routine of finger pricking and monitoring of glucose levels in order to simply maintain a healthy lifestyle. So you can imagine, any technology that can ease the sting is welcomed. Researchers at Washington State University have developed a 3D‑printed glucose biosensor for use in wearable monitors that may forever change how millions monitor their glucose levels.

According to Futurism, the research team—led by Arda Gozen and Yuehe Lin—have developed 3D-printed sensors that could stick to a person’s skin and monitor glucose via bodily fluids, like sweat. The 3D-printed glucose monitor offers much better stability and sensitivity than those manufactured through traditional methods, according to Washington State University. In addition, compared to traditional manufacturing processes, these 3D-printed sensors also cut down costs and reduce waste like expensive cleanroom processing and harmful chemicals. END_OF_DOCUMENT_TOKEN_TO_BE_REPLACED 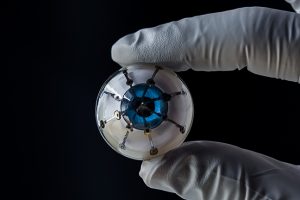 We’ve all heard of the bionic man, the famous 1970’s movie and comic book story of a man who, after a tragic accident, damaged body was rebuilt and replaced with bionic, high tech parts, creating a superhuman, out-of-this-world, specimen. It turns out this sci-fi tale may soon become a reality.

According to the University of Minnesota, researchers there have successfully created the first fully 3D printed bionic eye prototype, complete with an array of light receptors that could one day help blind people see.
END_OF_DOCUMENT_TOKEN_TO_BE_REPLACED 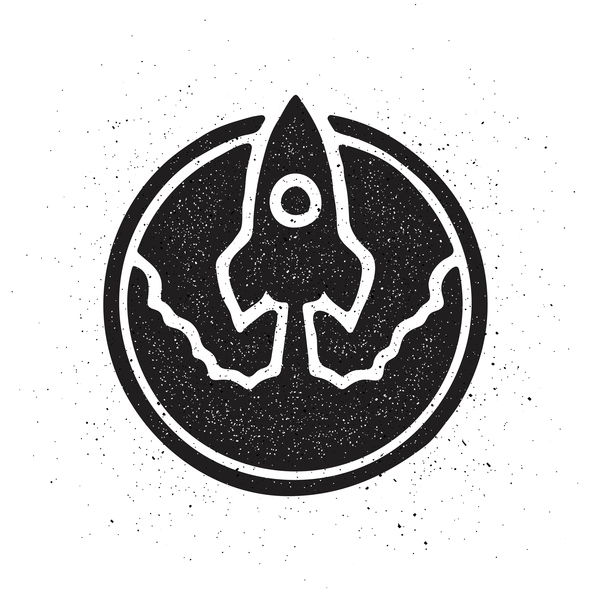 A team of engineers from Monash University have successfully test-fired the world’s first 3D printed rocket engine. By utilizing a unique aerospike design, the team, led by ECS fellow Nick Birbilis, was able to increase efficiency levels over that of traditional bell-shaped rockets.

This from The Standard:

Its design works by firing the gases along a spike and using atmospheric pressure to create a virtual bell.

The shape of the spike allows the engine to maintain high efficiency over a wider range of altitude and air pressures. It’s a much more complex design but is difficult to build using traditional technology.

“We were able to focus on the features that boost the engine’s performance, including the nozzle geometry and the embedded cooling network,” Birbilis says. “These are normally balanced against the need to consider how on earth someone is going to manufacture such a complex piece of equipment. Not so with additive manufacturing. Going from concept to testing in just four months is an amazing achievement.”

END_OF_DOCUMENT_TOKEN_TO_BE_REPLACED

New research out of the University of Florida shows a new 3D printing technology that could lead to strong, flexible, affordable medical implants.

Through this new process for the use of 3D printing and soft silicone, the researchers believe items that millions of patients use could be more easily manufactured, ranging from implantable bands to soft catheters to slings.

This from the University of Florida:

These kinds of devices are currently molded, which can take days or even weeks to create customized parts designed to fit an individual patient. The 3D-printing method cuts that time to hours, potentially saving lives. What’s more, extremely small and complex devices, such as drainage tubes containing pressure-sensitive valves, simply cannot be molded in one step.

The new method allows them to be printed.

END_OF_DOCUMENT_TOKEN_TO_BE_REPLACED

A two-part water-based gel made of synthetic DNA and peptide could bring the inventors of a 3D bioprinter closer to being able to print organs for transplant, or to replace animal testing.
Image: Angewandte Chemie

Need a new pancreas? These scientists will print one right up for you.

Thanks to the development of a two-part water-based gel made out of synthetic DNA from Heriot Watt University, the 3D bio-printer is one step closer to reality.

The team from Heriot-Watt that engineered this developed is led by Prof. Rory Duncan and Dr.Will Shu of the University’s Institute of Biological Chemistry, Biophysics, and Bioengineering.

“The first challenge was that if we used a normal gel it was not possible to mix live cells with it for 3D printing. Colleagues at Tsinghua University in Beijing have developed a gel which, like some proprietary glues, comes as two separate liquids into which cells can be added. These do not turn into a gel until the two liquids are actually mixed together during the printing process,” said Prof. Duncan in a release.