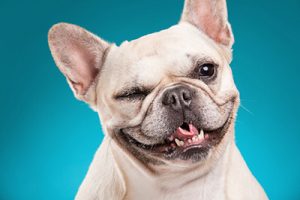 Dogs are special. There’s no doubt about that.

In fact, they’re so unique that scientists are looking to use what we’ve learned from our furry companions to create new biosensor technology. See, dog’s noses aren’t only good for sniffing other dog’s tails at the park; they offer information. END_OF_DOCUMENT_TOKEN_TO_BE_REPLACED 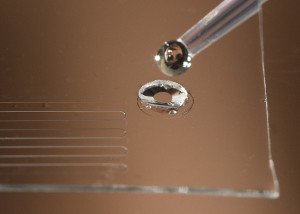 END_OF_DOCUMENT_TOKEN_TO_BE_REPLACED

Diagnosing Disease with a Skin Patch

The researchers optimized their device so it could capture two biomarkers for the malaria parasite, Plasmodium falciparum, which kills more than 1 million people every year.

One day, there may be no poking or prodding for a blood sample when you go to the doctor.

In the American Chemical Society journal Analytic Chemistry, researchers report that they have developed a patch that can detect malaria proteins in live mice, and believe that this same technology could be adapted for use in humans to diagnose other diseases.

Along with being generally painful, drawing blood requires trained personnel and expensive lab equipment and facilities for analysis. With the development of this patch, scientists believe they will be able to overcome these obstacles in the near future, thereby providing better health care for resource-limited patients.

This from the American Chemical Society:

Scientists have been trying to address these hurdles by developing diagnostic patches that are covered on one side with thousands of microscopic, hollow needles that can sample fluid in the skin. But so far, these devices have only been able to test for one compound at a time. However, many diseases can be diagnosed more reliably by detecting multiple biomarkers. Corrie’s team wanted to design a new patch that could meet this need.