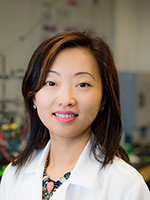 However, because of the instability of the law system in China, where Meng is originally from, her father encouraged Meng to pursue other opportunities. That’s when she began considering a career in the sciences. END_OF_DOCUMENT_TOKEN_TO_BE_REPLACED