The mechanical properties of Li have recently received considerable attention because of their importance in understanding and enabling Li metal batteries. Although there are numerous models that aim to describe the complex chemical and mechanical processes that occur during Li plating and stripping, virtually all assume that the Li is in perfect conformal contact with a separator, whether in liquid or solid cells. This assumption contradicts the widely observed result that the interface resistance (which is inversely proportional to contact area) falls strongly with increasing pressure. This contradiction may call into question how well these models represent realistic systems. This webinar takes explicit account of the inevitable surface roughness of Li and separators and shows how this leads to accurate predictions for the pressure dependence of the critical current density. It also introduces a concept new to the battery field that explains how a material as soft as Li metal can penetrate hard ceramic solid electrolytes. This idea comes from an analogous process in a different field of material science, where the penetration problem has already been solved. The suggestion is made that the same solution can eliminate dendrite penetration through solid electrolytes in all-solid state batteries. 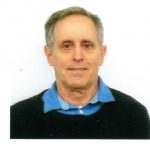 Dr. Stephen “Steve” Harris received a BS degree in chemistry from the University of California, Los Angeles, U.S., and PhD in physical chemistry from Harvard University, U.S. After a Miller Postdoctoral Fellowship at the University of California, Berkeley (UC Berkeley), U.S., he began his career at General Motors Research Labs (GM). Apart from a stint at the Ford Scientific Research Labs, Steve worked at GM until 2011, when he was awarded a Miller Visiting Professorship in the UC Berkeley Chemistry Department. Since then, he has worked in the Materials Science and Energy Storage Divisions at Lawrence Berkeley Lab. He is also a Visiting Scholar in the Department of Materials Science and Engineering at Stanford University, U.S.; has consulted for battery and venture capital companies; and is on the advisory board for several battery start-ups.

Dr. Harris’ work has ranged widely, including studies of combustion chemistry, the kinetics, and thermodynamics for growth of CVD films, aerosol dynamics modelling, fatigue failure in gears, and fracture mechanics in cast aluminium. When he returned to GM from Ford, Dr. Harris started working on Li-ion batteries, focusing on how the presence of heterogeneities and flaws affect ion transport, durability, and energy density. Presently, he is looking at the mechanics and electrochemistry at Li metal interfaces, and has proposed a general solution to the dendrite penetration problem.