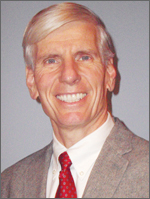 Dr. Kohl began his career at AT&T Bell Laboratories in Murray Hill, NJ where he was involved in creating new chemical processes for silicon, compound semiconductor, and MEMS devices or their packages.

In 1989 he left AT&T Bell Laboratories to join the faculty of the Georgia Institute of Technology in the School of Chemical Bimolecular Engineering, where he is a Regents’ Professor and holds the Thomas L. Gossage/Hercules Inc. Chair.

Dr. Kohl’s research areas of interest include the design of new materials, processes, and packages for advanced interconnect for integrated circuits and MEMS devices. He is the past director of the Semiconductor Research Corporation/DARPA Interconnect Focus Center, where he worked to create new technological solutions for future electronic devices. This includes the creation of new photosensitive dielectric materials for electronic packaging, ultra low-k dielectrics, and the design and fabrication of MEMS packages. His research group at the Georgia Institute of Technology demonstrated and modeled the first ever ionic liquid/fluorocarbon absorption refrigeration cycle.

Among his many accomplishments at The Electrochemical Society, Dr. Kohl was named a fellow in 2002, received the Carl Wagner Award in 2001 for his achievements and excellence in research areas of interest to the Society, and was presented the DS&T Division’s Thomas J. Callinan Award in 2008.