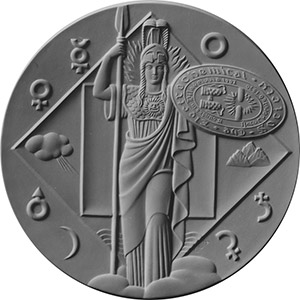 The Olin Palladium Award was established in 1950 for distinguished contributions to the field of electrochemical or corrosion science.

Nominations, once submitted, shall be considered in effect for two consecutive award cycles.

The award consists of a Palladium medal and a plaque that contains a bronze replica thereof, both bearing the recipient’s name, the sum of US $7,500, complimentary meeting registration for award recipient and companion, a dinner held in recipient’s honor during the designated meeting, and Life Membership in The Society. The recipient will receive the award at the designated Society meeting and deliver a general address on a subject related to the contributions for which the award is being presented.

About the Olin Palladium Award

The ECS Olin Palladium Award was established in 1950 with funds from the royalties derived from the sale of Herbert H. Uhlig’s Corrosion Handbook. The handbook was sponsored and largely written by members active in the ECS Corrosion Division. Uhlig served as Editor-in-Chief.